Universal screening of women with gynecologic malignancies for early palliative care decreased the use of aggressive measures at the end of life (ACE), according to a study presented at the 48th Annual Meeting of the Society of Gynecologic Oncology.1

The single-center, prospective study enrolled 96 patients with high-risk disease, as defined by a 5-year prognosis of less than 30%. ACE score was determined for all patients who died, which assigned 1 point for aggressive measures that occurred within 30 days of death, including: fewer than 3 days of hospice, death in the intensive care unit/intubated, chemotherapy within 14 days of death, new chemotherapy, hospitalized fewer than 14 days, more than 1 hospital admission, more than 1 emergency department admission, and intensive care unit admission.

Screening significantly improved the palliative consultation rate to 68% compared with the center’s historical rate of 49% (P =.014). Among the cohort, 25% had enrolled in hospice and 29% had died.

According to the investigators, the results of this study suggest that “universal screening rather than consultation-based referral was associated with increased access to palliative care.” 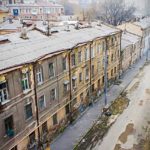