Prior to allogenic hematopoietic cell transplantation (allo-HCT), the drug busulfan needs to accumulate to a given therapeutic range of 80-100 mg*hr/L. However, there is known to be within-person variability in how quickly busulfan is cleared from the body. Therapeutic drug monitoring may prevent severe under and/or over exposure of busulfan in patients undergoing allo-HCT, according to study results presented at ESMO Congress 2019 in Barcelona, Spain.

The study included 239 participants — both children and adults — who underwent allo-HCT with intravenous busulfan between July 2011 and July 2016 at the University Medical Center in Utrecht, Netherlands. Patients received busulfan daily for 4 consecutive days, and busulfan levels were measured on days 1 and 4.

A significantly higher percentage (76.2%) of patients reached their busulfan target with therapeutic drug modeling using a pharmacokinetic model than with no therapeutic modeling (49.8%). Interestingly, the use of other drugs, such as paracetamol and anticonvulsants, predicted the decline in busulfan clearance over time. As such, therapeutic drug monitoring also resulted in significantly lower variation in cumulative exposure.

“We strongly advocate for the use of a [pharmacokinetic] model aided therapeutic drug monitoring anticipating a decrease in busulfan clearance,” write the researchers. 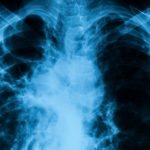