A type of pelvic-floor exercise commonly recommended for women may help to lower the occurrence of urinary incontinence in men with prostate cancer, according to study findings presented at the ESMO Congress 2019 in Barcelona, Spain. Prostate cancer, the second most common type of cancer among men is often treated using radiotherapy, which may cause urinary and/or fecal incontinence.

In the study, researchers assessed the effect of Kegel exercises in preventing such incontinence. The study included a total of 60 patients: 30 in a control group that did not practice Kegel exercises and 30 in an experimental group that received individual training on how to perform Kegel exercises. Both groups were assessed weekly for 2 months.

Although this study did not find a significant reduction in incontinence compared with the control group, the overall rate of urinary incontinence was lower in the group that practiced Kegel exercises, suggesting a potential benefit. “It has been recommended that Kegel exercises should be performed in larger groups with long-term observations,” noted the study authors. 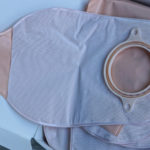