Minority patients are often underrepresented in clinical trials and cancer studies. One thought is that minority populations may have higher rates of comorbidities that may restrict their eligibility for certain studies. However, according to a study presented at the 61st American Society of Hematology (ASH) Annual Meeting & Exposition, held in Orlando, Florida, this is likely not true.

Frequencies of both overall and specific comorbidities were similar between African American and white patients. However, a greater proportion of African American patients presented with renal dysfunction as measured by creatinine or creatinine clearance by Cockcroft-Gault (55.4% vs 47.3%). “Within this cohort, renal function eligibility criteria may be an important barrier to enrollment, specifically within the African American population,” wrote the authors.

African American patients were equally as likely as whites to receive intensive therapy. After an average follow-up of 12.73 months, no significant differences in overall survival or complete response rate were reported between African American and white patients. There was also no association between comorbidities/organ dysfunction and overall survival, with the exception of liver comorbidities by race.

“Since there is no association between clinically insignificant renal laboratory values and overall survival or response, the liberalization of such criterion may be justified,” concluded the authors. They reason that broadening the renal function eligibility criteria of future clinical trials will enable the collection of more diverse populations that may reduce recruitments disparities and improve the generalizability of clinical trial results. 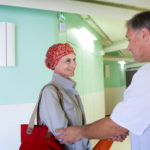