A diverse microbiome after hematopoietic cell transplantation (HCT) is associated with higher risk of acute graft-versus-host disease (aGVHD). Broad-spectrum antibiotics, which are often prescribed for neutropenic fever, a common post-HCT symptom, may promote gastrointestinal microbiota diversity and increase the risk of aGVHD. However, according to study findings presented at the 61stAmerican Society of Hematology (ASH) Annual Meeting & Exposition, held in Orlando, Florida, broad-spectrum antibiotics do not significantly increase the risk of aGHVD, although further studies are needed.

The study explored 3 distinct classes of broad-spectrum antibiotics commonly used to treat neutropenic fever: antipseudomonal cephalosporins, antipseudomonal penicillins, and carbapenems. Treatment was classified as no, low (1 to 3 days), or high (more than 3 days) exposure. Data from 2501 children aged 1 to 21 years who underwent their first HCT for acute leukemia at 35 hospitals from 2004 to 2017 were identified from the Center for International Blood and Marrow Transplantation Research (CIBMTR) and the Pediatric Health Information System (PHIS) databases and evaluated.

However, when the model was adjusted to account for exposure to other antibiotics within the same window, captured as fluoroquinolones and intravenous vancomycin, none of the antibiotic classes showed significant association with aGVHD risk. “Adjusted point estimates suggest exposure to carbapenems may confer some additional aGHVD risk,” write the authors. “Further exploration of different exposure windows is planned to understand if the identified associations change with capture of earlier or later antibiotic exposures.” 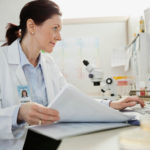