Video-assisted thoracoscopic surgery (VATS) was associated with better physical function, less pain, and fewer complications, compared with open surgery, in patients with early-stage lung cancer, according to results of the VIOLET study.

These results were presented at the 2021 American Society of Clinical Oncology (ASCO) Annual Meeting by Eric Kian Saik Lim, MD, of Royal Brompton Hospital in London.

VIOLET is a multicenter study that included 503 patients with known or suspected lung cancer who were randomly assigned to VATS or open surgery. Dr Kim presented results on the study’s primary endpoint — physical function at 5 weeks — and results out to 1 year.

Dr Lim noted that physical function did not return to baseline for either treatment arm. He said this is likely a reflection of lung function lost due to lobectomy.

In-hospital pain was a median of 1 point lower at day 2 for patients assigned to VATS. This was achieved despite 10% less analgesic consumption compared with open surgery, Dr Lim said.

The lower rates of in-hospital complications with VATS were driven by fewer infections and kidney complications.

The reduction in post-discharge complications with VATS was driven by lower blood, heart, and gastrointestinal complications. The main reasons for readmission across both arms were infections, medical procedures, and shortness of breath.

Dr Lim said most individual components of quality of life scales were consistently in favor of VATS.

In addition, patients randomized to VATS had lower overall hospital costs out to 1 year, when taking into account costs of surgery, complications, hospital stay, and readmissions. The mean total costs were £10,832 for VATS and £13,567 for open surgery.

Disclosures: This research was supported by the UK National Institute of Healthcare Research. Some study authors declared affiliations with biotech, pharmaceutical, and/or device companies. Please see the original reference for a full list of disclosures. 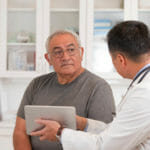