The findings were presented by Hsien Seow, PhD, of McMaster University in Ontario, Canada, at the 2021 American Society of Clinical Oncology (ASCO) Annual Meeting.

“As you know there have been several trials that have shown the benefits of early palliative care so much so that ASCO has made guidelines about the concurrent introduction of palliative care in standard treatment,” said Dr Seow.

The investigators created a large retrospective cohort of cancer decedents between 2004 and 2014 in Ontario, and identified patients who received early palliative care. A control group of patients who received not-early palliative care (within 6 months of death or never) were hard matched on age, sex, cancer type, and stage and matched on additional characteristics (such as region, year, treatment, etc.) using statistical techniques. The team evaluated differences in average costs, including hospital, emergency department (ED), physician, and home care costs, between matched pairs in the last month of life.

Relative to the control group, patients who received early palliative care used hospital inpatient care and the ED less frequently (66% vs 56% and 52% vs 42%, respectively) and used home care more often (63% vs 74%). When comparing total costs, those who received early palliative care spent approximately $1394 less in the last month of life compared with the control group ($12,752 vs $14,146; P <.001). These cost savings were largely attributable to the difference in inpatient hospital costs between the early and not-early palliative care groups (mean, $7105 vs $9370; P <.001).

“In conclusion, this is real world evidence of the cost savings of early palliative care. It doesn’t have to start at diagnosis, even 6 months before [death], there is huge cost savings and especially at a population level,” concluded Dr Seow.

Disclosures: This research was supported by Canadian Centre for Applied Research in Cancer Control (ARCC). Some authors declared affiliations with biotech, pharmaceutical, and/or device companies. Please see to the original reference for a full list of authors’ disclosures. 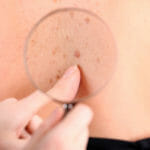