Postoperative opioid prescriptions can be standardized to reduce the number of tablets dispensed with no effect on pain control or refill requests, according to research presented at the 2019 American Society of Clinical Oncology (ASCO) Annual Meeting, held in Chicago.

Researchers enrolled opioid-naive patients older than 18 years who underwent urologic, gynecologic, or breast surgery between March 2018 and January 2019. A 4-month preintervention was conducted, during which the number of opioid pills prescribed, the number of pills taken, additional refills, and pain-control were evaluated by contacting patients 7 to 10 days after surgery.

The preintervention evaluation included 368 urology and gynecology patients, who reported receiving between 6 and 40 opioid tablets. Urology patients received a median 28 (range, 20-30) tablets and gynecology patients received a median 20 (range, 19-28) tablets, with 33% and 41%, respectively, reporting they took none of the pills. Of 238 patients who underwent mastectomy, 176 (74%) reported taking a median of 3 and 4.9 of 20 prescribed opioid pills and 39% or 61% (without vs with reconstruction) reported taking none of the pills.

Based on these results, opioid prescriptions were standardized to 8 tablets for patients on the urology service, 7 for those on the gynecology service, and 10 for those on the breast service. Patients undergoing operative procedures in the 4 months following implementation of the standardized prescriptions were contacted to assess the effect of the program. Postintervention survey responses showed the number of opioid tablets taken was unchanged with minimal increase in refill requests.

Data was compared with the institution’s electronic prescription system.

Prior to this intervention, the researchers observed a large variation in the number of opioid tablets dispensed. Standardizing opioid prescriptions resulted in fewer opioids dispensed and minimal to no effect on pain control or refill requests. 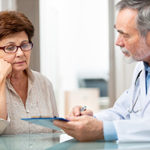