CHICAGO — Disparities in cancer risk management among BRCA carriers across a diverse sample of young black, Hispanic, and non-Hispanic white breast cancer survivors underscores that “the benefit from genetic testing comes from acting on the test results,” not just the testing itself, a study presented at the American Society of Clinical Oncology (ASCO) 2016 Annual Meeting concluded.1

The racial disparities in uptake of risk-reducing prophylactic oophorectomy observed among blacks is particularly concerning, given that it “is strongly recommended as the main ovarian cancer prevention option due to the absence of effective early detection methods,” said Tuya Pal, MD, H. Lee Moffitt Cancer Center & Research Institute, Tampa, Florida.

To date, rates of risk-reducing bilateral mastectomy or risk-reducing prophylactic oophorectomy among BRCA carriers are based on studies of non-Hispanic whites; however, little is known about blacks or Hispanics, she said.

The study recruited a population-based sample of non-Hispanic white (n = 3807), black (n = 1647), and Hispanic (n = 1681) women younger than 50 years with invasive breast cancer diagnosed between 2009 and 2012 through the Florida State Cancer Registry. An enrollment packet was sent to potential participants; following informed consent, the participant completed the study questionnaire and medical records were released.

Among the black participants, 440 women completed the survey; among Hispanic, 284, and among non-Hispanic white women, 897.

A total of 158 of 440 black women (36%) underwent BRCA testing, as did 176 of 284 (62%) Hispanic women and 583 of 897 (65%) non-Hispanic white women. Among all participants, barriers to receipt of genetic counseling and BRCA testing were identified as cost and insurance concerns (41.4%), lack of provider communication (35.8%), and the belief that genetic testing would not be helpful because they already had breast cancer (18.5%). The most important facilitators to receipt of BRCA testing were “insurance covered all or most of it (70.3%), “to benefit my family’s future” (67%), and provider recommendation (55%).

Disparities in BRCA testing among Hispanics were related to language: 60 of 119 (50%) who were Spanish-speaking were tested, compared with 116 of 165 (74%) who primarily spoke English.

These results highlight “the need to ensure access to testing and cancer risk management practices across all populations,” Dr. Pal concluded. 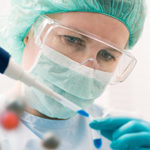