Between October 2007 and September 2013, the study randomly assigned 116 patients from 52 centers to receive either 6 cycles of CHOP (cyclophosphamide, doxorubicin, vincristine, and prednisone; n = 58) or CHOP plus alemtuzumab, a monoclonal anti-CD52 antibody (n = 58), at 14-day intervals with G-CSF support. Patients received a total of alemtuzumab 360 mg until patient 39, when it was decreased to 120 mg.

“The protocol demanded stringent CMV/EBV monitoring and anti-infective prophylaxis,” he said. The study was powered to detect a 15% increase in event-free survival when alemtuzumab was added to CHOP.

Median patient age was 69 years (range, 60 to 80 years) and 58% were male. A total of 41% had angioimmunoblastic T cell lymphoma; 39%, peripheral T cell lymphoma not otherwise specified; 6%, anaplastic large cell lymphoma; and 14% had other subtypes. 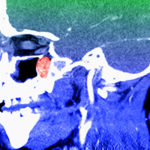