For the EORTC Intergroup CLOCC study, researchers enrolled 119 patients with unresectable colorectal cancer liver metastases with up to nine lesions and without extrahepatic disease and randomly assigned them to receive 6 months of FOLFOX with or without bevacizumab or radiofrequency ablation plus chemotherapy.

“Despite the limitations in this trial due to reduced sample size, this encourages the use of ablative technique as a treatment modality in patients with unresectable colorectal liver metastases,” said Theo Ruers, MD, PhD, professor of surgical oncology at the Netherlands Cancer Institute in the Netherlands.

The study also showed that 49 patients in the chemotherapy arm died as a result of progressive disease compared with 35 patients in the combined treatment arm. A total of 92 deaths were reported.

“In these patients, complete treatment of all liver lesions should be aimed for, which should be discussed in a multidisciplinary team,” Dr. Ruers concluded. 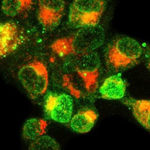