CHICAGO, IL—Letrozole significantly reduced the rate of late invasive breast cancer events in postmenopausal women who had completed 4 or more years of adjuvant endocrine therapy for hormone receptor positive (HR+) early breast cancer and were free of the disease, the LATER trial concluded at the 2015 American Society of Clinical Oncology (ASCO) Annual Meeting.

At a median 3.0 years of follow-up, 1.1% of patients in the letrozole arm had experienced an invasive breast cancer event, compared with 8.4% in the observation arm (difference 7.3%; 95% CI: 2.9%,11.6%, P=0.001), stated Nicholas Zdenkowski, BMed, Dip Pall Med, a clinical fellow at the Australia and New Zealand Breast Cancer Trials Group in Newcastle, Australia, and a conjoint lecturer at the University of Newcastle.

Currently, adjuvant endocrine therapy for this population is limited to 5 to 10 years of tamoxifen, an aromatase inhibitor (AI) for 5 years, or sequential tamoxifen followed by an AI for 5 to 10 years.

“However, after 5 years of adjuvant endocrine therapy, breast cancer events continue to occur at a high rate, 2% to 4% per year, for at least another 10 years,” he reported. To determine if these events could be prevented, the randomized controlled phase 3 LATER trial was designed to compare 5 years of letrozole 2.5 mg/day as “late reintroduction” of adjuvant endocrine therapy with observation, the usual care.

Between May 2007 and March 2012, 360 patients who had completed prior adjuvant endocrine therapy were randomly assigned to letrozole (n=181) or observation (n=179). Due to the low accrual rate, enrollment then ceased.

A total of 33.9% of patients were axillary node-positive. Prior adjuvant endocrine therapy comprised a SERM in 50.6%, an AI in 11.1%, and ovarian function suppression, combination or sequential SERM/AI in 38.3%.

Prior to the 5-year study completion, 61 patients (33.7%) discontinued study treatment at a median of 21 months from randomization; of these, 45 (73.8%) discontinued because of an adverse event. All grade toxicities in both the letrozole and observation arms included hot flashes/flushes, arthralgia, joint stiffness, myalgia, bone pain, and osteoporosis. Grade 3 or higher toxicities in both arms included hypertension, obesity, and fracture.

In October 2014, due to the low event rate, the independent data and safety monitoring committee recommended trial follow-up be ceased and the data released for analysis.

Dr. Zdenkowsi was recognized with an ASCO Merit Award for the abstract of this presentation. 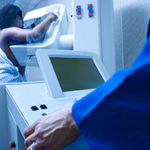