What is vitamin D?

Vitamin D is the name given to a group of fat-soluble prohormones (substances that usually have little hormonal activity by themselves but that the body can turn into hormones). Vitamin D helps the body use calcium and phosphorus to make strong bones and teeth. Skin exposed to sunshine can make vitamin D, and vitamin D can also be obtained from certain foods. Vitamin D deficiency can cause a weakening of the bones that is called rickets in children and osteomalacia in adults.

Most people get at least some of the vitamin D they need through sunlight exposure. Dietary sources include a few foods that naturally contain vitamin D, such as fatty fish, fish liver oil, and eggs. However, most dietary vitamin D comes from foods fortified with vitamin D, such as milk, juices, and breakfast cereals. Vitamin D can also be obtained through dietary supplements.

The Institute of Medicine (IOM) of the National Academies has developed the following recommended daily intakes of vitamin D, assuming minimal sun exposure1,2:

Although the average dietary intakes of vitamin D in the United States are below guideline levels, data from the National Health and Nutrition Examination Survey revealed that more than 80 percent of Americans had adequate vitamin D levels in their blood.2

Even though most people are unlikely to have high vitamin D intakes, it is important to remember that excessive intake of any nutrient, including vitamin D, can cause toxic effects. Too much vitamin D can be harmful because it increases calcium levels, which can lead to calcinosis (the deposit of calcium salts in soft tissues, such as the kidneys, heart, or lungs) and hypercalcemia (high blood levels of calcium). The safe upper intake level of vitamin D for adults and children older than 8 years of age is 100 μg per day (4000 IU per day). Toxicity from too much vitamin D is more likely to occur from high intakes of dietary supplements than from high intakes of foods that contain vitamin D. Excessive sun exposure does not cause vitamin D toxicity. However, the IOM states that people should not try to increase vitamin D production by increasing their exposure to sunlight because this will also increase their risk of skin cancer.2

Why are cancer researchers studying a possible connection between vitamin D and cancer risk?

Early epidemiologic research showed that incidence and death rates for certain cancers were lower among individuals living in southern latitudes, where levels of sunlight exposure are relatively high, than among those living at northern latitudes. Because exposure to ultraviolet light from sunlight leads to the production of vitamin D, researchers hypothesized that variation in vitamin D levels might account for this association. However, additional research based on stronger study designs is required to determine whether higher vitamin D levels are related to lower cancer incidence or death rates.

Experimental evidence has also suggested a possible association between vitamin D and cancer risk. In studies of cancer cells and of tumors in mice, vitamin D has been found to have several activities that might slow or prevent the development of cancer, including promoting cellular differentiation, decreasing cancer cell growth, stimulating cell death (apoptosis), and reducing tumor blood vessel formation (angiogenesis).3-6 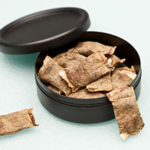