Does exposure to secondhand smoke cause cancer?

Yes. The U.S. Environmental Protection Agency, the U.S. National Toxicology Program, the U.S. Surgeon General, and the International Agency for Research on Cancer have all classified secondhand smoke as a known human carcinogen (a cancer-causing agent) (1, 3, 5, 7).

Inhaling secondhand smoke causes lung cancer in nonsmoking adults (4, 5). Approximately 3,000 lung cancer deaths occur each year among adult nonsmokers in the United States as a result of exposure to secondhand smoke (2). The U.S. Surgeon General estimates that living with a smoker increases a nonsmoker’s chances of developing lung cancer by 20 to 30 percent (4).

Some research also suggests that secondhand smoke may increase the risk of breast cancer, nasal sinus cavity cancer, and nasopharyngeal cancer in adults and the risk of leukemia, lymphoma, and brain tumors in children (4). Additional research is needed to learn whether a link exists between secondhand smoke exposure and these cancers.

What are the other health effects of exposure to secondhand smoke?

What is a safe level of secondhand smoke?

What is being done to reduce nonsmokers’ exposure to secondhand smoke?

On the national level, several laws restricting smoking in public places have been passed. Federal law bans smoking on domestic airline flights, nearly all flights between the United States and foreign destinations, interstate buses, and most trains. Smoking is also banned in most federally owned buildings. The Pro-Children Act of 1994 prohibits smoking in facilities that routinely provide federally funded services to children.

Many state and local governments have passed laws prohibiting smoking in public facilities, such as schools, hospitals, airports, bus terminals, parks, and beaches, as well as private workplaces, including restaurants and bars. Some states have passed laws regulating smoking in multiunit housing and cars. More than half of the states have enacted statewide bans on workplace smoking.

To highlight the health risks from secondhand smoke, the National Cancer Institute, a component of the National Institutes of Health, holds meetings and conferences in states, counties, cities, or towns that are smoke free, unless specific circumstances justify an exception to this policy. More information is available at http://meetings.smokefree.gov/ on the Internet. 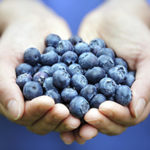