What is secondhand smoke?

Secondhand smoke (sometimes called passive smoke, environmental tobacco smoke, or involuntary smoke) is a mixture of sidestream smoke (the smoke from the burning tip of a cigarette or other smoked tobacco product) and mainstream smoke (smoke exhaled by a smoker that is diluted by the surrounding air).1–3

Major settings of exposure to secondhand smoke include workplaces, public places such as bars, restaurants and recreational settings, and homes.4 Workplaces and homes are especially important sources of exposure because of the length of time people spend in these settings. The home is a particularly important source of exposure for infants and young children. Children and nonsmoking adults can also be exposed to secondhand smoke in vehicles, where levels of exposure can be high. Exposure levels can also be high in enclosed public places where smoking is allowed, such as restaurants, bars, and casinos, resulting in substantial exposures for both workers and patrons.3

In the United States, most secondhand smoke comes from cigarettes, followed by pipes, cigars, and other smoked tobacco products.

How is secondhand smoke exposure measured?

Secondhand smoke exposure can be measured by testing indoor air for respirable (breathable) suspended particles (particles small enough to reach the lower airways of the human lung) or individual chemicals such as nicotine or other harmful and potentially harmful constituents of tobacco smoke.3,5

Yes. Many of the harmful chemicals that are in the smoke inhaled by smokers are also found in secondhand smoke,1,3,6,7 including some that cause cancer.1,3,7,8

Many factors affect which chemicals and how much of them are found in secondhand smoke. These factors include the type of tobacco used in manufacturing a specific product, the chemicals (including flavorings such as menthol) added to the tobacco, the way the tobacco product is smoked, and—for cigarettes, cigars, little cigars, and cigarillos—the material in which the tobacco is wrapped.1–3,7

Does secondhand smoke cause cancer?

Yes. The U.S. Environmental Protection Agency, the U.S. National Toxicology Program, the U.S. Surgeon General, and the International Agency for Research on Cancer have all classified secondhand smoke as a known human carcinogen (a cancer-causing agent).1,3,7,9 In addition, the National Institute for Occupational Safety and Health (NIOSH) has concluded that secondhand smoke is an occupational carcinogen.3

The Surgeon General estimates that, during 2005-2009, secondhand smoke exposure caused more than 7,300 lung cancer deaths among adult nonsmokers each year.10

Some research also suggests that secondhand smoke may increase the risk of breast cancer, nasal sinus cavity cancer, and nasopharyngeal cancer in adults10 and the risk of leukemia, lymphoma, and brain tumors in children.3 Additional research is needed to determine whether a link exists between secondhand smoke exposure and these cancers. 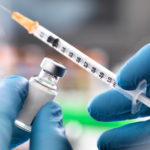