This fact sheet is part of CancerCare’s CML Series

Chronic myelogenous leukemia (CML), also known as chronic myeloid leukemia, is a cancer of the white blood cells. It begins in the bone marrow, where blood cells are made. From the bone marrow, it enters the blood and may also spread to other organs. CML has three phases: chronic (the leukemia is slow growing and responds more easily to treatment); accelerated (cancer cells start to grow more quickly); and blast crisis (leukemia is fast growing and treatment is needed urgently).

CML occurs from genetic alteration (change) in a person’s bone marrow cells. Human cells contain 46 chromosomes (packets of genetic material). CML results from a mistaken ‘swap’ between two chromosomes (#9 and #22) during the division of cells. The swap creates what is known as the Philadelphia (Ph) chromosome. This chromosome causes two genes to become one gene called BCR-ABL, which leads to changes that allow white blood cells to grow and divide too rapidly. Almost everyone who gets CML has this genetic alteration. It’s a change that happens gradually during your lifetime—you do not inherit it from your parents or pass it on to your children.

What are the treatment options for chronic-phase CML?

Imatinib mesylate (Gleevec) Imatinib, taken as a daily pill, has been the standard treatment for people newly diagnosed with CML. The first in a series of ‘targeted’ therapies for CML, imatinib works by shutting down the protein that causes CML cells to grow and divide. In eight out of 10 patients treated with imatinib, the Ph chromosome disappears completely. An increasing number of patients taking imatinib have no evidence of their CML, and some patients have now been in remission for more than 10 years. It’s important to take this medication every day, even if you’ve been taking it for many years. Patients who miss no more than three pills a month increase their chances of achieving long-term remission.

Dasatinib (Sprycel) and nilotinib (Tasigna) Dasatinib and nilotinib are two additional FDA-approved drugs that, like imatinib, are taken in pill form and treat CML by blocking the gene that causes cells to grow and divide. Both drugs, especially nilotinib, have been shown to be more effective than imatinib for some patients when used as initial therapy. They can also be effective treatments for patients whose CML stops responding to imatinib or those who cannot continue on imatinib due to side effects.

Ponatinib A new drug called ponatinib may soon be approved by the FDA. Ponatinib has shown promise for patients whose CML has relapsed or progressed, or who cannot tolerate treatments that are currently approved.

Bone marrow transplant Bone marrow transplantation can be an option for some people whose CML advances or if multiple medicines have failed. To be eligible for a transplant, you need a well-matched donor—ideally a close relative like a brother or sister. Talk with your doctor about the potential benefits and risks of this treatment. Because the risks associated with bone marrow transplants increase with age, this procedure is usually recommended only for younger patients who have already tried various other treatments. However, discussing this option with your doctor and identifying potential donors early on can help with decision-making.

Other treatments Older medications can still be useful, such as hydroxyurea to control the blood counts, or in some cases interferon, the standard therapy before the approval of imatinib. Doctors now mostly use these treatments only if all other treatments have stopped working.

What about treatments for CML in the accelerated and blastic phases?

Many of the same treatments described above are used for CML in the accelerated and blastic phases. Sometimes, chemotherapies used to treat other fast-growing leukemias, such as acute myeloid leukemia, are used. 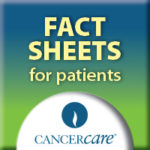 Coping with Side Effects of Breast Cancer Treatment