Another therapeutic intervention can be added to the list of effective palliative care modalities available for patients with cancer: qigong (CHI gung). A newly published study found that the ancient mind-body practice reduced symptoms of depression and improved quality of life in women undergoing radiotherapy for breast cancer reports Lorenzo Cohen, PhD, professor of General Oncology and Behavioral Science at the University of Texas MD Anderson Cancer Center and director of its Integrative Medicine Program, and a co-author of the study.1

The practice of qigong dates back more than 4,000 years to when Asian peoples used it to prevent disease and support spiritual health. Cohen and his group were the first to evaluate the effectiveness of the ancient technique in patients receiving radiation therapy and to also include a follow-up period for evaluating its long-term benefits. Although other mind-body techniques, such as guided imagery and meditation, seem to improve quality of life and reduce distress in patients with cancer, the researchers wanted to evaluate the effectiveness of qigong for reducing symptoms of depression and stress as patients began their radiation treatment. Cohen explained, “It is important for cancer patients to manage stress, because it can have a profoundly negative effect on biological systems and inflammatory profiles.”1

The study enrolled 96 women who were being treated at Fudan University Shanghai Cancer Center in Shanghai, China.1 All of the patients were a mean age of 46 years, had stage I-III breast cancer, and were undergoing 5 to 6 weeks of radiation therapy. The qigong treatment group was comprised of 49 patients who attended five qigong classes a week; the control group consisted of 47 women who received the normal standard of care. The qigong used in this study was a modified version of Chinese medical qigong, in which the patient synchronized her breathing with various exercises.1

The women in both patient groups completed self-assessments at the beginning of the study, approximately halfway through the treatment course, and at the end of radiotherapy; self-assessments were then completed at 1 and 3 months posttreatment. Cortisol slopes were also assessed at those intervals. The investigators measured the participants’ quality of life indicators such as depressive symptomatology, tiredness, and quality of sleep. The benefits of qigong manifested over time; the qigong group demonstrated a steady decline in depressive symptomatology from the end of radiation therapy through the postradiation follow-up at 3 months. There were no changes in the control group.

The severity of the participants’ depressive symptoms was evaluated at the beginning of the study to see if the women with more severe symptomatology would derive greater benefit from the practice. The researchers noted that the women who reported high baseline depressive symptoms found practicing qigong especially helpful; they demonstrated a clinically significant improvement in their fatigue symptoms and overall quality of life compared with the control group. No significant differences in sleep disturbance or cortisol slopes were noted. The participants who had low levels of depressive symptomatology when the radiation treatment began experienced good quality of life during their treatment, which continued 3 months later regardless of which group they were in.

LATER EFFECTS ARE MOST BENEFICIAL

Cohen’s group noted that qigong was most beneficial for the participants after their radiotherapy had concluded.1 The researchers suggest that qigong may work by speeding up recovery, especially for those women whose depressive symptoms were elevated at the beginning of treatment. Qigong might also prevent patients from experiencing a delayed symptom burden. Another explanation for the delayed impact could simply be the need for a cumulative effect before patients realize the benefits.1

The group concluded that qigong may have therapeutic effects in managing quality of life among women who are receiving radiotherapy for breast cancer.1 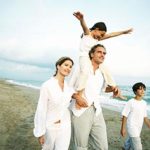