I don’t think of myself as a cancer patient, any more than my mother thought of herself as a heart patient after she had bypass surgery in her early 60s, the same age threshold I have now crossed myself. How can that be—I am now as old as my Mom was when I looked upon her—lovingly, to be sure—as an incipient senior citizen! Of course, she never looked upon herself in that way, not once in her 85 years. Old folks were those other people. And so I sometimes think of cancer patients as those other people. Not me. Yet my 39 radiation treatments would argue otherwise.

Diagnosed a year ago with early-stage prostate cancer, I have chosen my treatment, cast my lot, and now await the ambiguities of long-term follow-up. In my heart, I know how fortunate I amthat this happened in 2009 and not 1989, and to be dealing with shades of gray rather than cold realities of black and white.

I remember with great fondness the legendary Frank A. Oski, MD, chair of pediatrics at Johns Hopkins, whose prostate cancer was diagnosed at a metastatic stage some 20 years ago, before prostate-specific antigen (PSA) testing had become the orderof the day. During his treatment, he wrote an editorial urging his fellow males to submit to theindignities of the digital rectal examination (DRE), for it just might prove to be lifesaving. Dr.Oski was 64 years old when he died in 1996. I thinkof how much more the world of pediatrics would have been transformed and enlightened had he been granted the opportunity to live to a Spock-like 94. Thanks largely to widespread PSA screening, 50% to 60% of men with newly diagnosed prostate cancer have “favorable-risk” disease (based on Gleason score, PSA, and staging) with a presumably “long window of curability.”1 The blessing of early diagnosis is accompanied by its own curse: What to do about a disease that, except for the happenstance of discovery, might have lurked but never leapt? Ah, the dilemma plaguing modern medicine is that our technological ability to discover clinical problems outpaces our practical understanding of what to do about them! Prostate cancer is the male poster child for this conundrum.

The man with early-stage, promisingly curable prostate cancer finds himself taking a multiple-choice pop quiz. Because the tendency in this country is to find it and fix it, sooner rather than later, the choices are typically to

A. Take it out (radical prostatectomy, open or robotic)

B. Nuke it (radiation, external beams or implantedradioactive seeds)

C. Freeze it (cryotherapy); or

Another choice, now gaining currency, is (e) none of the above (simply bide some time and see what happens). Once called watchful waiting, it’s now labeled active surveillance—monitoring the patient with rigorously scheduled PSAs, biopsies, and even good old-fashioned DREs, and intervening with active treatment when an incipient cancer appears to have shifted out of neutral and into overdrive. The National Comprehensive Cancer Network recentlyembraced the concept of active surveillance for certain men with low-risk prostate cancer.

Active surveillance is based on the premise that many newly discovered prostate cancers are indolent and destined to remain so. The great unanswered question is, which cancers will march onward and which ones will lollygag? No surefire answers here, and thus much controversy. My Internet meanderings have led me to an imaginative characterization of prostate cancers as turtles (slow and basically stationary), rabbits (capable of hopping beyond the nest), or birds (likely to fly to distant metastatic sites).

An effort is under way to change our basic thinking about prostate cancer and, in fact, not to call some of it cancer at all. A recent commentary suggested the term IDLE (indolent lesions of epithelial origin) for minimal-risk lesions.2 I can appreciate the thought and agree with the need to take a more measured approach to the management of prostate cancer. However, as one now walking around with this diagnosis, I suspect the benign terminology may lure us into a false complacency. An idle engine is still running. Maybe turtles can fly. Even some favorable-risk cancers “still progress to advanced, incurable prostate cancer and death.”1 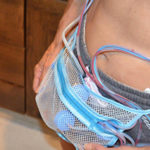