Adjuvant whole breast irradiation (WBI) after breast-conserving surgery has been shown to lower the risk of ipsilateral breast cancer recurrence by 70% at 5 years and to improve overall 15-year patient survival rates by 5%.1 Conventional WBI in the United States and Europe involves up to 28 treatments involving 1.8 to 2.0 Gy radiation doses per visit, usually with a subsequent radiation boost to the tumor bed.2 In the United Kingdom, however, hypofractionated WBI has been used for well over a decade to reduce the total number of patient treatment sessions and total treatment time, with comparable rates of tumor control and patient survival.3

These patient criteria represent populations for which sufficient clinical study data were available to support the use of hypofractionation. Patients who do not meet these criteria were poorly represented in the available empirical literature; and, the task force concluded, clinical evidence is therefore insufficient to determine the efficacy of hypofractionated radiation therapy regimens for those patients. The task force pointed out, however, that while additional clinical research is necessary to characterize the efficacy of hypofractionation for other patient populations, there does not exist compelling evidence that hypofractionation is actually ineffective or should be excluded from consideration for these patients. In the absence of compelling clinical evidence, task force members could not reach a consensus for or against the use of hypofractionated WBI for patients who do not meet the specified criteria.2

“Widespread adoption of HF-WBI for appropriately selected patients has the potential to enhance the convenience of treatment and lower the costs of WBI,” concluded Benjamin D. Smith, MD, lead author of the study and a radiation oncologist at the University of Texas M.D. Anderson Cancer Center in Houston. “For patients where the data to support HF-WBI are not as strong, HF-WBI can still be considered an option[;] but further research is needed.” 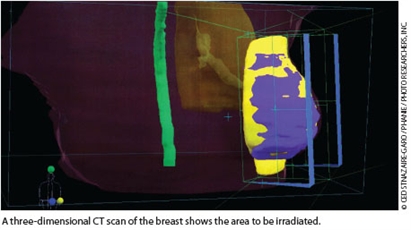 Administration of a patient’s total target radiation dose can be modified by altering fractionation of the dose—changing the number of irradiation sessions and the fraction of the dose delivered at each session.

Conventional fractionation entails drawbacks, such as inconvenience to the patient caused by repeated treatments over relatively long periods of time (6-7 weeks) and the consequently increased cost. Conventional WBI entails both economic costs (direct health care expenditures) and quality-of-life opportunity costs (lost patient time at work and home). Clinical data suggest that conventional fractionation may be unnecessarily conservative when radiation beam pathways do not include heart involvement.2

ASTRO’s hypofractionated WBI recommendations will expire in December 2015.2 A shift toward hypofractionated WBI for one of the most common cancers in the United States would have important implications both for patients and the US health care system. The sustainability of health care reform efforts will depend importantly on cost controls, a politically sensitive issue that has centered most controversially on concerns about the possible rationing of patient care. The identification of less costly treatment strategies with clinically equivalent patient outcomes, such as hypofractionated WBI, will benefit not only patients but also the US cancer care and health care systems in general. 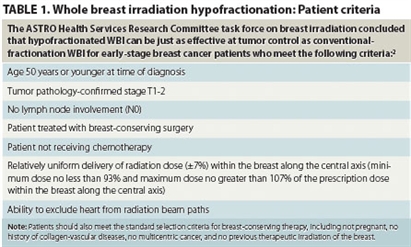 1. Clarke M, Collins R, Darby S, et al. Effects of radiotherapy and of differences in the extent of surgery for early breast cancer on local recurrence and 15-year survival: an overview of the randomised trials. Lancet. 2005;366:2087-2106. 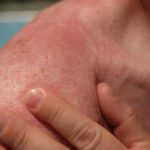