Transfusion-transmitted CMV is a possible risk for severe infectious complications in severely immu­nosuppressed patients with cancer who have not been previously infected with CMV. Donor screen­ing questionnaires cannot exclude CMV seropositive volunteers, and CMV has a high seroprevalence; 40% to 50% of adults have CMV antibodies. Furthermore, regional blood centers may have difficulty obtaining CMV negative products locally because the majority of adults in these areas may be CMV seropositive. An additional issue with CMV seronegative donors is that some may still carry CMV in their leukocytes or plasma. For transfusion recipients who are immuno­logically competent, CMV infection is not life threaten­ing. However, CMV infection in immunocompromised patients with cancer can result in potentially fatal sequelae, including delayed hematopoietic stem cell engraftment, pneumonia, and severe gastrointestinal inflammation. However, even in these patients the risk is low. By using CMV-safe leukocyte blood cells, one study found that CMV infection was reduced from 2.4% to 1.3% and CMV disease was reduced from 2.4% to 0%.43

CMV is leukotropic and is not present in the RBCs, platelets, or plasma of healthy donors. Leukoreduc­tion decreases the likelihood of CMV transmission, and leukoreduced products are generally regarded as being safe from CMV infection and equivalent to CMV antibody negative blood.43-46

A serious and typically fatal complication of blood transfusion is transfusion-associated graft-vs-host disease (TA-GVHD). The transfusion of viable al­logeneic T-lymphocytes in blood products to an immunosuppressed individual has the potential for TA-GVHD, a complication that can be prevented by irradiating the blood components. The actual incidence of TA-GVHD is low in most patients with cancer, and the irradiation of blood products is indi­cated in few, small, but well-defined populations of patients at risk. The types of patients who require irradiated cellular blood products include neo­nates, patients with congenital immune deficiencies (eg, severe combined immunodeficiency syndrome, Wiskott–Aldrich syndrome), those with a hemato­logical malignancy who are undergoing chemother­apy, and recipients of allogeneic and autologous bone marrow transplantations, partial HLA-matched products (often directed donations from genetic rel­atives), and all granulocyte products. Patients with HIV/AIDS and patients with solid organ tumors do not require irradiated RBCs.47

Leukoreduction does not prevent TA-GVHD. Al­though patients with suppressed immune systems are at the most risk for TA-GVHD than any other patient group, rare instances exist in which transfusion be­tween similar HLA-type individuals has resulted in TA-GVHD in immune-competent individuals. These include situations in which the donor and recipient share an HLA haplotype such that the patient does not recognize the donor cells as foreign and, thus, does not eliminate them, creating the potential for TA-GVHD.48,49

The indications for washed RBC products in patients with cancer are largely in line with the requirements for washed products in general medical settings. Overall, the goal for washing RBC products is to decrease plasma elements, including antibodies, plas­ma proteins, and electrolytes, that may have adverse effects on the recipient. Patients with severe immu­noglobulin A deficiency have the potential to have anaphylactic transfusion reactions. Washing RBCs removes immunoglobulin A from the unit. Rarely, patients who experience recurrent febrile nonhemo­lytic and urticarial transfusion reactions may also benefit from washed RBCs. Additional indications for washed RBCs may include rapid or large volume (> 25 mL/kg) transfusions in small volume or in pa­tients with small stature.

Washed products may be indicated for transfused products following irradiation, because some patients with cancer and poor renal function may have dif­ficulty with the increased extracellular potassium in RBCs after the irradiation.

Some patients with cancer may also require vol­ume-reduced RBC products. If a patient with cancer has a compromised renal or circulatory system that cannot accommodate the increased volume of the transfused RBC unit, then volume reduction may be indicated.

FFP is plasma that has been separated from whole blood or obtained by plasmapheresis and frozen at –0.4°F (–18°C) or below within 8 hours of collec­tion. At this temperature, FFP can be stored for up to 12 months after donation. A unit of FFP has a volume of about 200 to 250 mL and contains all of the coagu­lation proteins present in whole blood. FFP does not contain RBCs and, thus, can be administered without regard for the Rhesus (Rh) type of the patient. How­ever, because plasma contains antibodies, it should be ABO matched to avoid possible hemolysis. Additional plasma preparations used clinically include plasma frozen within 24 hours of collection (FP24), which contains reduced levels of labile coagulation factors V and VIII. FP24 is frequently used by blood blanks interchangeably with FFP when a clinical need exists for fibrinogen replacement.

FFP transfusions are typically undertaken in the setting of bleeding or in preparation for an invasive procedure when laboratory coagulation screening test results are abnormal.50,51 These are typically defined as prothrombin and partial thromboplastin times greater than 1.5 times the normal limit. The usual dose of FFP is 10 to 15 mL/kg body weight, but the dose may be higher in the setting of massive blood loss. This dose would be 3 to 4 units of FFP; however, in practice most health care professionals use 2 units and, thus, patients are often un­derdosed. A dose should be given at least every 6 hours until hemostasis is achieved or coagulation parameters are stabilized.51 The need for additional FFP is based on the repletion of factor VII, which has the shortest half-life of all the coagulation factors. If FFP is given for bleeding, then its effectiveness can be best assessed by monitoring the clinical response of the patient. If it is given to correct abnormal coagulation parameters, then the parameters may be followed as an indication of hemostasis response.50

If the patient is also receiving platelets, then it is important to remember that when platelets are stored in plasma, every plateletpheresis unit contains the equivalent of 1 bag of FFP. In this situation, either smaller doses or no additional doses of FFP may be required. In Europe and the United States, platelets may be stored in an additive solution of electrolytes instead of plasma.52 Because the additive solutions replace plasma, those platelet products cannot be considered a source of coagulation factors.

National guidelines for the use of FFP exist both in the United States and abroad.50,51 The clinical indi­cations for the therapeutic use of FFP include active bleeding before an invasive procedure in the presence of an inherited or acquired clotting factor deficiency, active bleeding in the setting of a consumptive coag­ulopathy or disseminated intravascular coagulation, massive transfusion, immediate reversal of warfarin effect in an actively bleeding patient, and thrombot­ic thrombocytopenic purpura.53 Patients with cancer may be at risk for abnormalities of hemostasis due to tumor pathology and evolution of the disease as well as treatment effect. Coagulation factor abnormalities may occur as a result of vitamin K deficiency from malnutrition, diarrhea, liver disease, biliary obstruction, use of vitamin K antagonists, and antibiotic ther­apy.54 In the setting of abnormal coagulation screening test results, invasive procedures such as surgery, line placement, indwelling catheter placement, among others, may result in significant blood loss. The use of FFP along with vitamin K and cryoprecipitate for additional fibrinogen replacement may be considered in these situations.

However, the effectiveness of FFP used prophy­lactically in the nonbleeding patient prior to an inva­sive procedure or surgery in the setting of abnormal coagulation values has not been proven.55 A paucity of good randomized controlled trials have compared the use of FFP with no FFP. Two well-conducted ran­domized controlled trials reported a lack of evidence for the prophylactic use of FFP.55

Several issues exist when considering the use of FFP. Reversing a coagulopathy with FFP generally requires a large volume of transfused product. This could be a significant concern, particularly for patients who have blood volume status issues prior to trans­fusion and who are at risk for transfusion-associated volume overload. In addition, due to the relatively low concentration of clotting factors in a unit of FFP, the increase in factor activity after more than 1 L of transfused FFP may be modest. If immediate correc­tion of coagulopathy is needed, then a product con­taining factors II, VII, IX, and X and proteins C and S and more concentrated forms of coagulation factors should be considered. 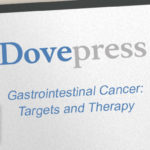