Search strategy and selection of studies

We searched medical electronic databases, including PubMed, Embase, the Web of Science, and the Cochrane Register of Controlled Trials (CENTRAL) using keywords including “breast cancer”, “tamoxifen”, “ovarian function suppression”, “luteinizing hormone-releasing hormone agonist”, “LHRH”, and “randomized” to identify all randomized controlled trials that compared adjuvant tamoxifen treatment with tamoxifen plus OFS in premenopausal patients with breast cancer (last search updated on February 1, 2015). Eligible methods to achieve OFS included oophorectomy, ovarian irradiation, or luteinizing hormone-releasing hormone agonists. If a trial had more than two treatment arms, a valid pairwise comparison was considered separately. Studies that used other concomitant anticancer treatments were eligible if these treatments did not differ systematically between the investigated arms. First, the titles and abstracts of the articles were read to exclude irrelevant studies. Inclusion of trials was then decided based on the full text of the remaining articles. In addition, the reference lists of all retrieved articles were manually searched to identify other potentially relevant trials.

Two authors (SY and XJ) performed the study selection, data extraction, and data entry independently. Inclusion of a study was done by consensus. The following information was recorded for each study: author; name of study; recruitment period; entry criteria (stage); hormone receptor (HR) status; cohort size and study design; treatment information (including treatment regimens in control and experimental arms); and outcomes (rates or number of events) for OS, disease-free survival (DFS), and distant recurrence. DFS was defined as time from randomization to first appearance of one of the following: invasive recurrence of breast cancer (local, regional, or distant), invasive contralateral breast cancer, second (non-breast) invasive cancer, or death without breast cancer recurrence or second invasive cancer. OS was defined as time from randomization to death from any cause. Distant recurrence was defined as a cancer recurrence at distant sites, excluding the ipsilateral chest wall and breast. The studies were assessed for quality in accordance with the guidelines in the Cochrane reviewers’ handbook.16

The data analyses were performed using RevMan version 5.2 (free software downloaded fromhttp://www.cochrane.org). All analyses were carried out on an intention-to-treat basis. The number of events per arm was used to calculate risk ratios (RRs) and their 95% confidence intervals (CIs), which are presented in a Forest plot. A chi-square-based Q statistic was used to test for heterogeneity. A P-value of <0.10 was considered to be statistically significant. The I2 statistic was used to examine the extent of heterogeneity (considered large for I2 values of 50%–74% and very large for I2 values of ≥75%).17 A random-effects model was used if the test for heterogeneity was significant; otherwise, the fixed-effects model was used. Publication bias was evaluated using Begg’s and Egger’s tests. Probable significant publication bias was considered with a P-value of <0.05. The Begg’s and Egger’s tests were performed using Stata version 12.0 (Stata Corp LP, College Station, TX, USA).

As shown in Figure 1, we identified 486 potentially relevant articles in the primary literature search. After removing duplicate entries, 452 articles remained. After screening the titles and/or abstracts, 476 studies were excluded because they did not meet the inclusion criteria for this study, including laboratory studies and case reports. Of the ten remaining articles, four did not include tamoxifen alone arms,18–21 while two did not provide adequate survival data.7,22 As a result, four randomized Phase III trials were eligible for this meta-analysis.8,9,14,15 Table 1 summarizes the designs and characteristics of the included studies. The ZIPP (Zoladex in Premenopausal Patients) trial randomly assigned 2,710 women who were premenopausal or aged younger than 50 years with operable stage I or II breast cancer to goserelin for 2 years, tamoxifen for 2 years, combined treatment, or no further treatment in a 2×2 factorial design.8 We concentrated on the results associated with the effect of combining goserelin with tamoxifen, so we extracted data for the tamoxifen alone and goserelin plus tamoxifen arms. The Adjuvant Breast Cancer (ABC) Ovarian Ablation or Suppression [ABC (OAS)] trial randomly assigned premenopausal patients with early-stage (T1–3a N0–1 M0) breast cancer to a tamoxifen alone group or a tamoxifen plus OFS group.9 The Eastern Cooperative Oncology Group conducted a Phase III trial (E-3193) comparing tamoxifen alone with tamoxifen plus OFS in premenopausal women. The enrolled patients had node-negative, HR-positive breast cancer, and adjuvant chemotherapy was not permitted. The trial was terminated before reaching the enrollment goal because of slow accrual.14 SOFT is a Phase III trial that randomly assigned patients to tamoxifen alone, tamoxifen with OFS, or exemestane (an aromatase inhibitor) with OFS.15 Data for the tamoxifen alone and tamoxifen plus OFS arms were extracted for this analysis. The median patient age in the four included studies was 44, 43, 45, and 43 years (Table 1). The median follow-up duration for all trials was >5 years. The number of patients ranged from 337 to 2,144, and the total number of patients analyzed was 6,279. The four included studies all provided DFS data. The analysis showed no significant between-study heterogeneity (P=0.82; I2=0%), and a fixed-effects model was used. The meta-analysis results showed that administration of OFS was not significantly associated with improved DFS (versus tamoxifen alone: RR=0.92; 95% CI 0.84–1.00; P=0.06; Figure 2A). These four studies provided OS data. A fixed-effects model was used because of a lack of heterogeneity between the studies (P=0.85; I2=0%). The combined RR regarding OS for tamoxifen plus OFS versus tamoxifen alone was 0.91 (95% CI 0.80–1.03; P=0.15, Figure 2B). The results showed that addition of OFS to tamoxifen did not improve OS. 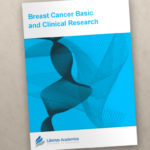