THE REASONS FOR DISTINCT RADIOSENSITIVITY IN INDIVIDUAL SUBTYPES

Reparation of DNA double-strand breaks (DDSB) is mainly accomplished through two pathways: non-homologous end joining (NHEJ), the paramount modality of DDSB repair mechanism in terminally differentiated cells that is the dominant pathway in the pre-replicative G1 phase of the cell cycle, and homologous recombination repair pathway (HR) that requires an additional homologous sister chromosome and is the only repair mechanism in the post-replicative S or G2/M phases of the cell cycle. The purpose of radiotherapy is to incite DDSB in the tumor cells to suppress the reparation. Irreversible DNA damage triggers the corresponding cellular mechanisms including cell cycle arrest, apoptosis, and senescence (Figure 1).60,61

In irradiation-induced cell-killing in the tumor, normal stem cells are concomitantly damaged due to their high radiosensitivity.62 Multiple mechanisms predispose stem cells to radiosensitivity. First, the constitutive expression of PP2A in stem cells antagonizes the DDSB reparation. Second, deacetylation and consequent trimethylation of histone 3 lysine-9 (H3K9) increase the radioresistance in the cells; however, stem cells are prone to acetylation and methylation of H3K9 at different residues. Third, a constitutive level of H3K56 acetylation in the stem cells results in chromatin restraining. Finally, the access of S139 site can be sterically dampened by the close proximity of persistent H2AX-pY142 (Figure 1). These mechanisms collectively reinforce the radiosensitivity, interfere with the repair of DDSB and induce apoptosis in normal stem cells, which may partially explain the irreversible damage to X-ray radiation to the tissues adjacent to the tumor.

The MAP3K4 gene was shown to be a potential target to regulate radiosensitivity63, and molecular oxygen is considered as a highly efficient radiosensitizer64 for breast tumors. The oxygen-dependent radiosensitivity is sharply increased when the partial pressure of oxygen (pO2) elevates from 0 to 10 mmHg and attains its half-maximum value when pO2=3 mmHg;65 moreover, radiosensitivity slowly increases once the pO2 rises above 30 mmHg and up to 100% pure oxygen.64,66 One possible explanation of this fact is that a selective accumulation of TAT-ODD-p53 occurs in hypoxic environment inhibiting mitophagy that plays a key role in maintaining hypoxia-induced radioresistance thereby significantly enhancing the radiosensitivity of tumor cells (Figure 1).67

The intrinsic mechanisms of radiosensitivity in luminal breast cancer are well recognized and well documented. A significantly elevated radiosensitivity and a series of favorable anticancer outcomes with slight side effects have been attained by treatment targeted against tumor-related epidermal growth factor receptor (EGFR) in preclinical and clinical studies.68,69 The cytotoxic effect of irradiation is increased when the EGFR activity and its downstream signals, such as PI3K-AKT and RAS-MAPK pathways, are downregulated; these pathways can induce cell cycle arrest and apoptosis, suppress cell proliferation and tumor angiogenesis, and reduce the DM incidence.70,71 Luminal subtype of breast cancer can be effectively radiosensitized by treatment with nimotuzumab,72 a humanized monoclonal IgG1 antibody, which can block the function of DNA-PKcs and the binding of EGF, TGF-α, and other ligands to EGFR.73 This benefit may be attributed to the decreased level of phosphorylated EGFR, induction of cell apoptosis and generation of γ-H2AX, a vital indicator of radiation-induced DDSB (Figure 1).72,74,75

Exogenous miR195 can downregulate BCL-276 and ubiquitin-conjugating enzyme E2D3 curtails the accumulation of human telomerase reverse transcriptase and cyclin D1;77 the upregulation of expression of these proteins significantly improves the radiosensitivity in luminal breast cancer (Figure 1). In tumor cells, histone deacetylase inhibitors (HDACis) inhibit the reparation of DDSB via downregulation of the activities of DNA repair proteins, for instance, Rad51, Ku80, and BRCA1.78,79Based on this theory, Jiang et al, treated patients with luminal advanced breast cancer, who did not benefit from endocrine therapy, with a combination of chidamide, an oral subtype-selective HDACis with multiple functions related to repression of tumor growth and modulation of microenvironment by epigenetic reprogramming, with exemestane and found that the median PFS was significantly prolonged in comparison with that in a cohort treated with placebo plus exemestane (7.4 months vs 3.8 months, respectively; p=0.03).80 Moreover, valproic acid, which is one of the typical HDACis, at a safe dose of 0.5 mM, can substantially elevate radiosensitivity in the luminal tumor cells by interrupting the molecular mechanism of BRCA1-Rad51-mediated HR and Ku80-mediated NHEJ pathways (Figure 1).81

The thioredoxin (Trx) system is the core enzyme family that controls the redox regulation in the cells and is associated with the irradiation effects in the cancer cells.82 Metformin can suppress the Trx expression via the AMPK-FOXO3 pathway that increases the level of intracellular reactive oxygen species (ROS) in the primary humanity aortic endothelial cells to influence redox regulation; metformin can radiosensitize the luminal cancer cells by activating AMPK and suppressing mTOR.83Moreover, metformin can significantly prolong the breast cancer-specific survival in diabetic women with luminal breast cancer;84 however, metformin is ineffective in TNBC patients85 apparently due to differential metformin-induced radiosensitivity; the effects of the drug are substantial in luminal tumors and are small in TNBC. Several poorly understood reasons may explain unique metformin-induced radiosensitivity; one of the explanations is that changes in ROS levels and attenuation of Trx expression take place in luminal tumors, but these factors remain unchanged in TNBC (Figure 1).86

Histamine participates in the regulation of growth and differentiation of mammary cells during development, pregnancy, and lactation of females and regulates the proliferation of malignant cells.87,88 In luminal breast cancer cells, histamine and histamine H4 receptor (H4R) agonist-based magnification of radiosensitivity is attained by induction of the DDSB proteins, such as 8-OHdG, γH2AX, and p53; in TNBC cells, histamine and an H1R agonist also induce the formation of the DDSB proteins, including 8-OHdG and γH2AX but excluding p53, elevate ROS levels and upregulate the LCN-2 expression to sensitize the cells to the X-ray effects.89 An ex vivo study demonstrated that radiosensitivity was amplified in TNBC by Piper longumine, which upregulated the expression of apoptosis-related proteins, BCL2 and BAX, and increases the levels of intracellular ROS (Figure 1).90

Chemokine receptor 4 (CXCR4) promotes trafficking and invasiveness of non-small cell lung cancer cells after ionizing radiation and knockdown of CXCR4 can ameliorate the efficacy of radiotherapy.91 A number of in vivo and in vitro studies demonstrated that combination of AMD3100, a small-molecule CXCR4 inhibitor, with radiotherapy increases radiosensitivity in prostate cancer,92 glioma,93 ovarian carcinoma94, and TNBC.95 In TNBC cells, the ADM3100-induced radiosensitivity is elevated due to the accumulation of BAX and caspase-3 and downregulation of BCL-2, thereby arresting the cell cycle in the G2/M phase and eliciting apoptosis (Figure 1).

Ionizing radiation can directly activate the EGFR family in tumor cells and reduplicative irradiation at 2 Gy contributes to upregulation of EGFR expression in HER2-enriched breast cancer. These phenomena indicate that HER2-positive status has a potential biological function impacting the radiation response.96 Radioresistant HER2-overexpressing breast cancer patients treated by mastectomy in combination with radiotherapy universally experience a high LRR rate, poor prognosis, and minor treatment benefits.33,36,97–99 However, in a retrospective trial conducted on women with lymph node-negative, HER2-positive breast cancer who received BCS and CWBI, the authors represented that the 3 years LRR rate was 1% for the trastuzumab cohort and 9% for the no-trastuzumab cohort,100suggesting that the characteristic of HER2-positive breast tumor resisting to irradiation may have little impact on the prognosis of lymph node-negative patients. The molecular mechanisms of the reason for robust radioresistance of HER2-positive breast tumors have been successfully investigated. The transactivation of the NF-κB-mediated HER2 promoter induces HER2 overexpression which is responsible for radioresistance.101 Furthermore, increased radioresistance is associated with breast cancer stem cells and may be induced by epithelial-to-mesenchymal transition through a key molecular substance named as β-catenin that can be detected in invasive and metastatic HER2-positive tumors .102–106 Importantly, in vivo studies have confirmed that substantial clinical benefits can be achieved by inhibiting the Fak-mediated pathway107–109 that plays a crucial role in upregulation of the radioresistance of HER2-enriched breast cancer (Figure 1).110 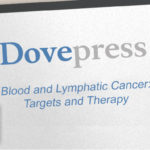