Both studies met their primary objective in defining the pharmacokinetic properties of granisetron after a single SC dose of APF530 (Tables 5 and 6). The rate (Tmax) and extent of absorption (Cmax) of granisetron from APF530 were generally dose proportional and consistent between the two studies. Granisetron was absorbed slowly – Cmax occurred at approximately 24 hours (range, 19–32 hours), and the t1/2 was 26 to 34 hours. No dose-related differences in the rate of absorption of granisetron from the APF530 polymer were apparent. Importantly, exposure to granisetron was maintained over the delayed-onset phase, for at least 168 hours (Figures 1 and 2). Mean plasma concentrations, in C2005-01, 168 hours after dosing were 0.579, 1.946, and 2.386 ng/mL for the 250, 500, and 750 mg dose groups, respectively. 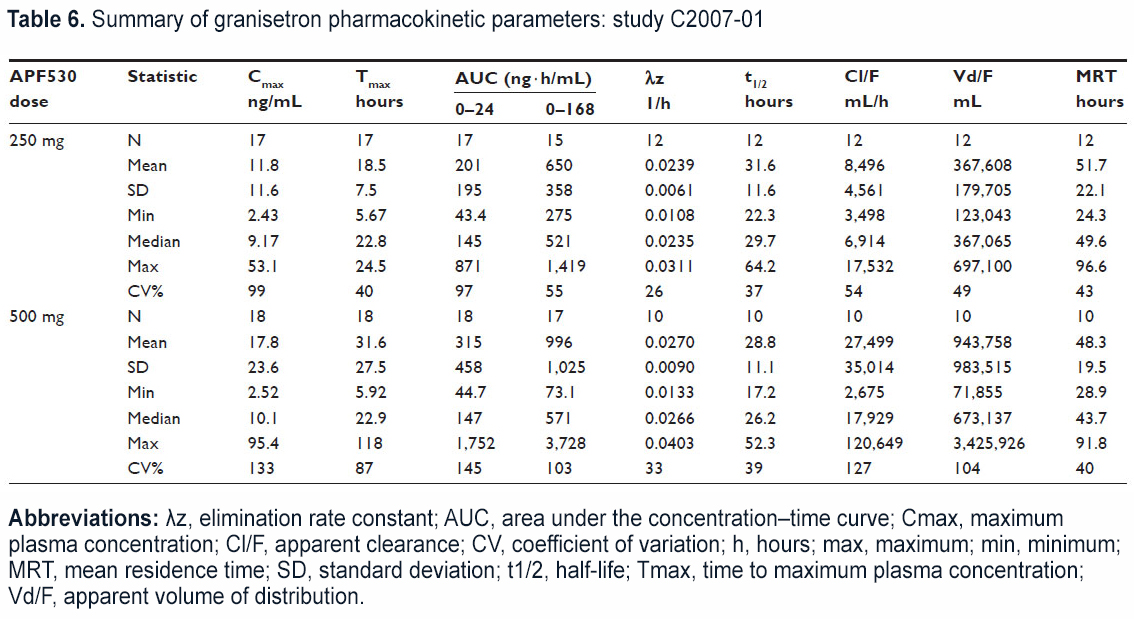 (To view a larger version of Table 6, click here.) 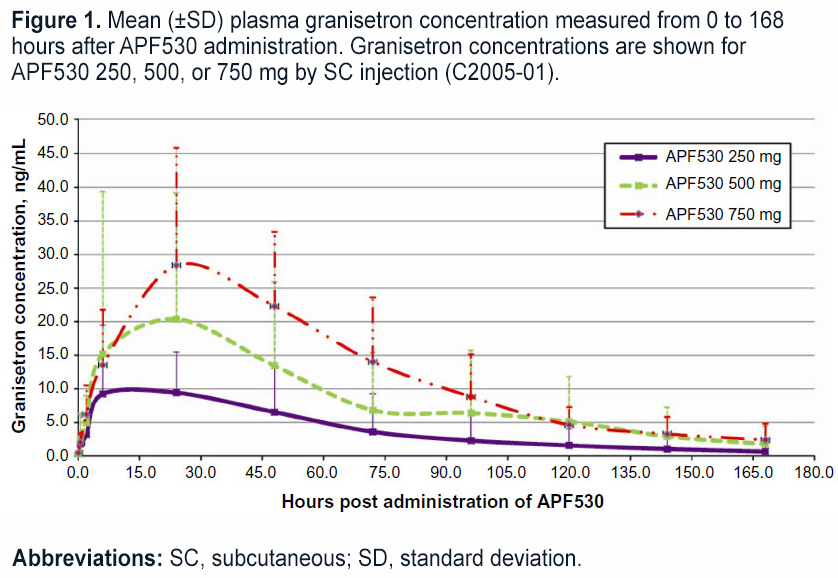 In C2005-01, the comparison of t1/2, Tmax, and the elimination rate constant among the dose groups revealed no significant differences (P ≥0.309, Kruskal–Wallis test), and regression analysis indicated dose proportionality for AUC and Cmax. Large variability was seen within each dose group in both trials; the use of separate patient groups for each dose was likely to have contributed.

In C2005-01, various factors were assessed for their effect on the plasma profile of granisetron after APF530 administration. Minor differences were seen in the pharmacokinetic profile related to chemotherapy history (naïve vs previously exposed), emetogenic classification, alcohol or tobacco use, and anthracycline as a component of the chemotherapy. The greatest difference in mean AUC values was between smokers and nonsmokers, but with the large interindividual variability within each group, no meaningful differences in the plasma profiles could be attributed to any of these variables. 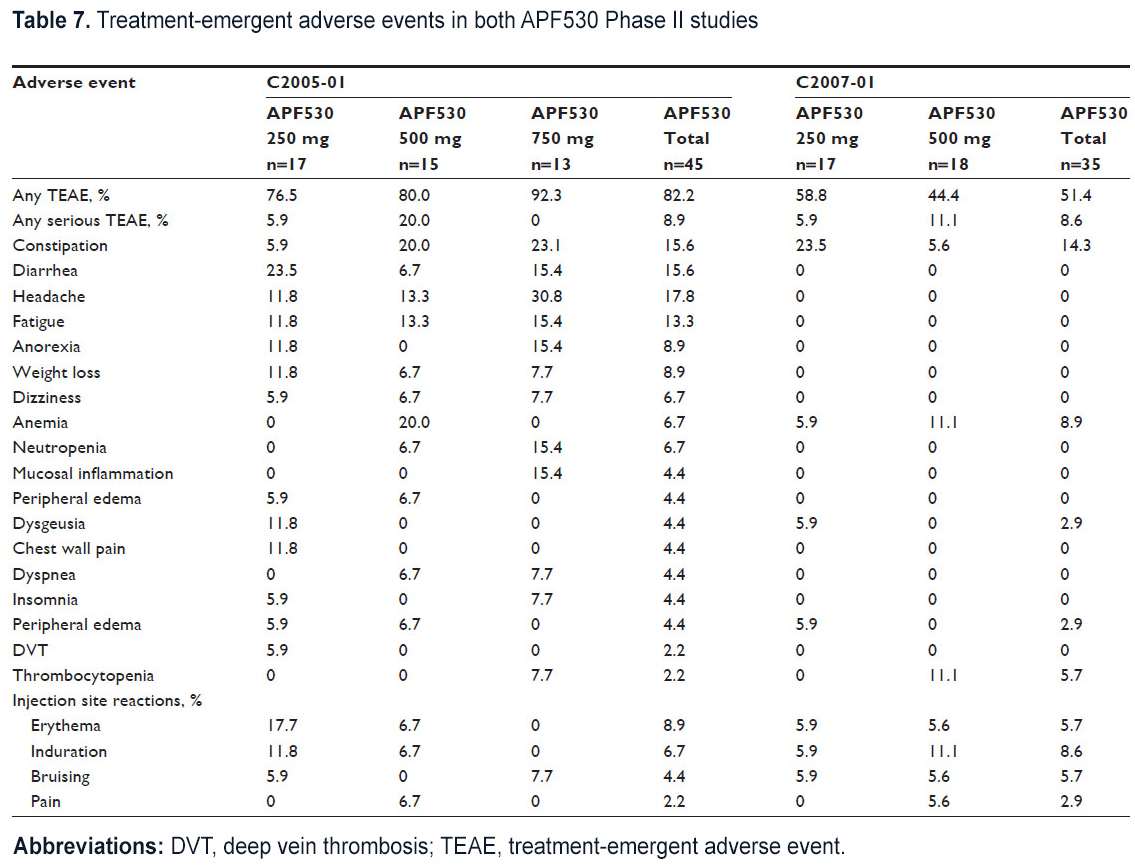 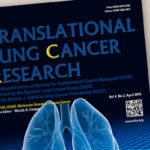