It has been known for decades from the clinical literature and large epidemiologic studies that there is a significant tissue and organ dependence to radiation-associated secondary cancer risk. The most well characterized group has been the survivors of Hodgkin’s lymphoma who received chest irradiation as part of the treatment. After a latency of many years, breast cancers and sarcomas were the most common second invasive tumors noted. Other tissues and treated sites have less clinical follow-up information, most likely due to limitations in following large groups of patients over decades as was done for the Childhood Cancer Survivors Study.

While patients who received chest radiation for Hodgkin’s lymphoma during adulthood have established increased risks of developing future breast cancers, hence requiring closer surveillance, the risks of radiation-associated second cancer risks in other sites are likely much lower. The Institut Curie group examined their >13,000 patients who had received breast radiotherapy and found a slightly increased risk of subsequent sarcomas and lung cancers, but not other types of cancers.22 Brenner et al23 performed a large-scale Surveillance, Epidemiology, and End Results Program analysis on patients treated with prostate radiotherapy and found a small, statistically significant increase in the risk of solid tumors of the bladder and rectum, a finding which has been corroborated by others.24 Other treated sites that have been investigated include cervical cancer radiation therapy, which did not find any increased risk of developing a second cancer after radiotherapy,25 again demonstrating that the impact of the tissue and organ irradiated is important and that the risks of second cancer development for the pediatric and young adult population probably differs significantly from the adult population.

Similar to the association of genetic markers and predisposing factors with second cancer risks, there is a strong dependence of the type of tissue irradiated and likelihood of subsequent carcinogenesis. Significant work done on atomic bomb survivors Life Span Study showed a predilection for certain types of cancer over others after radiation exposure, risks which are sensitive to the age and dose of exposure. These risks and their dependent factors can be demonstrated by the model predictions for risk estimates for atomic bomb survivors as shown in Figure 1. In the setting of such large range of uncertainties for different tissues and doses, guidelines from the International Commission on Radiological Protection (ICRP) and from the National Academy of Sciences through the Biological Effects of Ionizing Radiation (BEIR) reports have been developed and continually updated to help practitioners and guidelines with estimating risks from radiation exposure doses.26,27 These models serve as practical guidelines, particularly for radiation protection purposes, but lack sophistication and are probably unreliable at low and high radiation doses. The complex biologic processes that underlie the carcinogenic processes for the different tissue and organ sites will require future studies to unravel. While it is difficult to draw conclusive predictive estimates about the relationship between the irradiated tissue and radiation risk, its clinical importance highlights the importance of long-term patient follow-up and of improving carcinogenesis risk models. 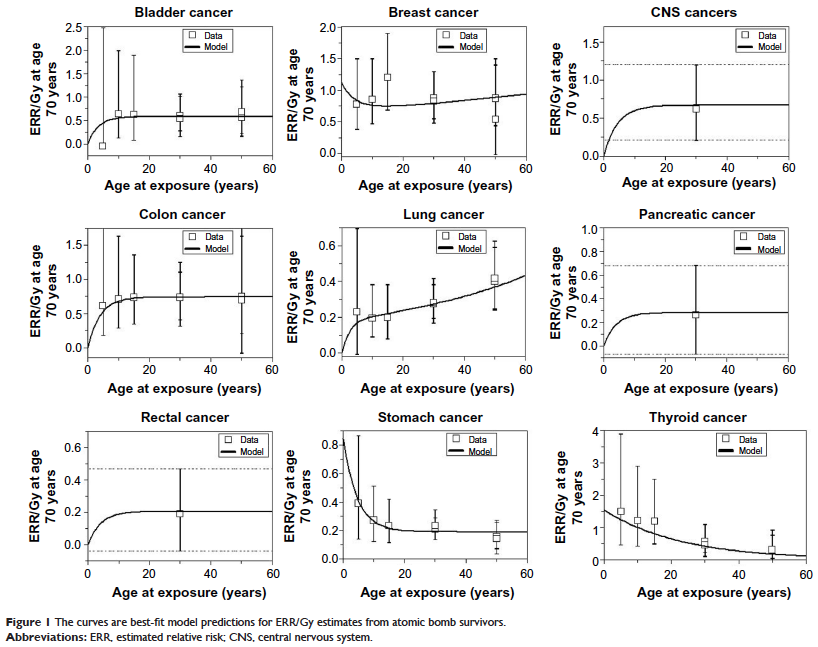 One of the most difficult challenges in assessing secondary cancer risks from large epidemiologic studies is that the radiotherapy technique and technologies are perpetually changing and evolving. These technical advances have markedly impacted the amount of radiation dose and volume of irradiated tissue as well as the likelihood of acute and late radiation-associated toxicities. As more conformal techniques have led to better tolerated treatments with less side effects, as in, eg, head and neck radiotherapy and prostate radiotherapy, it may be argued that we may expect a similar impact on late effects, particularly second cancer risks.

The most notable of the recent advances in radiation treatment may be the increased utilization of IMRT, which has led to the ability to concentrate radiation dose to the target volume while sparing normal tissues.28 The difference in conformality between the older 3-D conformal radiotherapy technique and the IMRT technique can be demonstrated by the side-by-side comparison of prostate radiotherapy plans in Figure 2. Other technologies that have become increasingly utilized in recent years include Volumetric Modulated Arc Therapy (VMAT) and charged particle therapy, including proton therapy. With radiotherapy techniques dramatically changing the dose and volume of radiation for so many sites of radiotherapy, the applicability of the outcomes from the large epidemiologic studies of earlier decades utilizing outdated techniques to the modern context is unclear. Furthermore, whether these newer radiotherapy technologies will necessarily reduce second cancer risks is also not clear. For example, the marked shift in radiotherapy from 3-D conformal techniques to IMRT and its implications for future second cancer risks has been a subject of debate.29–32 While IMRT often delivers more conformal radiation doses to the treated target volume, it often involves using more radiation fields and exposes a larger volume of normal tissue to lower doses. In addition, there is often greater background leakage radiation from IMRT compared with 3-D conformal treatment planning. The expansion of large areas receiving low doses of radiation has led some to argue that the risk of secondary cancers will be substantially increased, as much as possibly doubling the incidence of second malignancies compared with conventional radiotherapy for patients surviving 10 years.33 Despite these concerns, IMRT has been rapidly adopted and is now highly utilized in many sites, ranging from pediatric malignancies to prostate cancer. 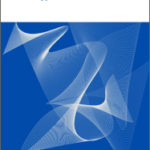