The analytic sample for these analyses included 221 respondents from a nationally representative sample representing 3,360,465 people in the US population; 155 respondents were employed at the time of survey completion (representing 2,473,516 individuals or 73.6% of the population), whereas 66 respondents (representing 886,948 or 26.4% of the population) were unemployed at the time of survey completion. Table 1 illustrates the weighted sample characteristics and compares employed and unemployed cancer survivors using Student’s t-test and chi-square statistics. On average, cancer survivors were aged ~57 years. Unemployed survivors tended to be older than employed survivors with an average age of 62 years. A higher proportion of women were unemployed. Most respondents (93.3%) had insurance at the time of their diagnosis but those who were unemployed had a higher proportion of being uninsured (13% vs 1% of employed survivors). The most common cancer diagnoses and cancer treatment status were similar among employed and unemployed respondents with no significant differences observed between these groups. 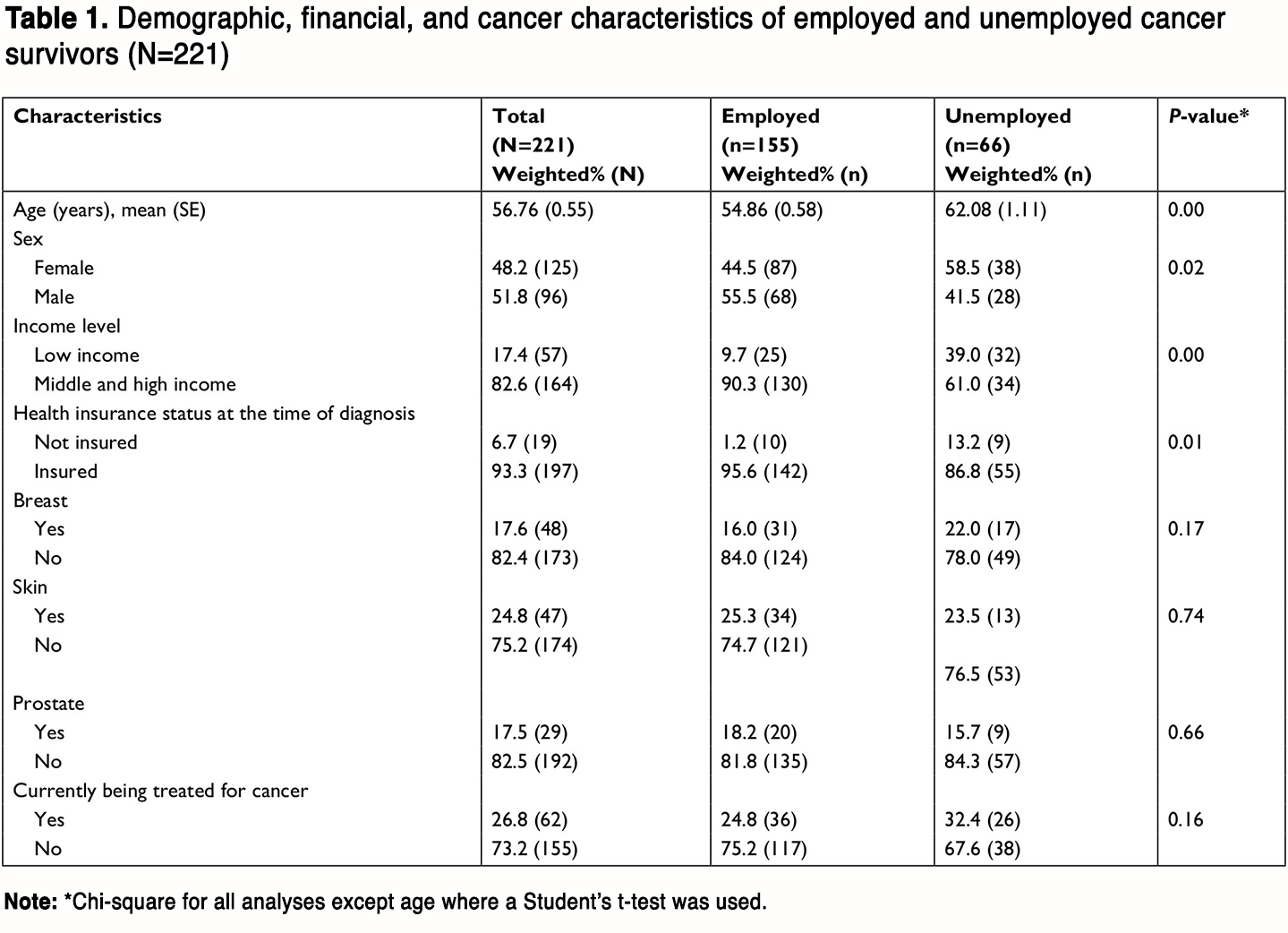 Table 2 presents data of a series of multiple logistic regression models. Significant variables identified from bivariate analyses were analyzed in separate models controlling for age, sex, income level, and health insurance status that were identified as significant correlates of employment status. Finally, a full model considered the significant independent variables from each of the previous regression models. Model 1 examined the association between employment status and cancer-related psychological distress. Those respondents who worried about being forced to retire or quit early due to their cancer had lower odds of being unemployed, and respondents who acknowledged anxiety about fulfilling home or work responsibilities if their cancer returned or got worse were nearly three times more likely to be unemployed. Model 2 evaluated the association between employment status and cancer-related interference with physical job tasks. Cancer interference with physical job tasks was not associated with employment status in Model 2 after controlling for demographics. Model 3 evaluated the association between employment and cancer-related interference with mental job tasks and revealed that, in contrast to Model 2, cancer interference with mental job tasks increased odds of unemployment by more than two times. Model 4 evaluated the correlation between employment status and employment characteristics. Those who changed to a flexible schedule were 4.46 times more likely to be unemployed. Model 5 collectively evaluated the associations between unemployment and Models 1–4 construct to determine the most parsimonious explanatory model of factors associated with unemployment among cancer survivors. Cancer-related psychological distress and employment characteristics remained significant in Model 5. Cancer interference with mental job tasks was no longer significant in the final model as the other variables accounted for a larger share of the variance in the model. 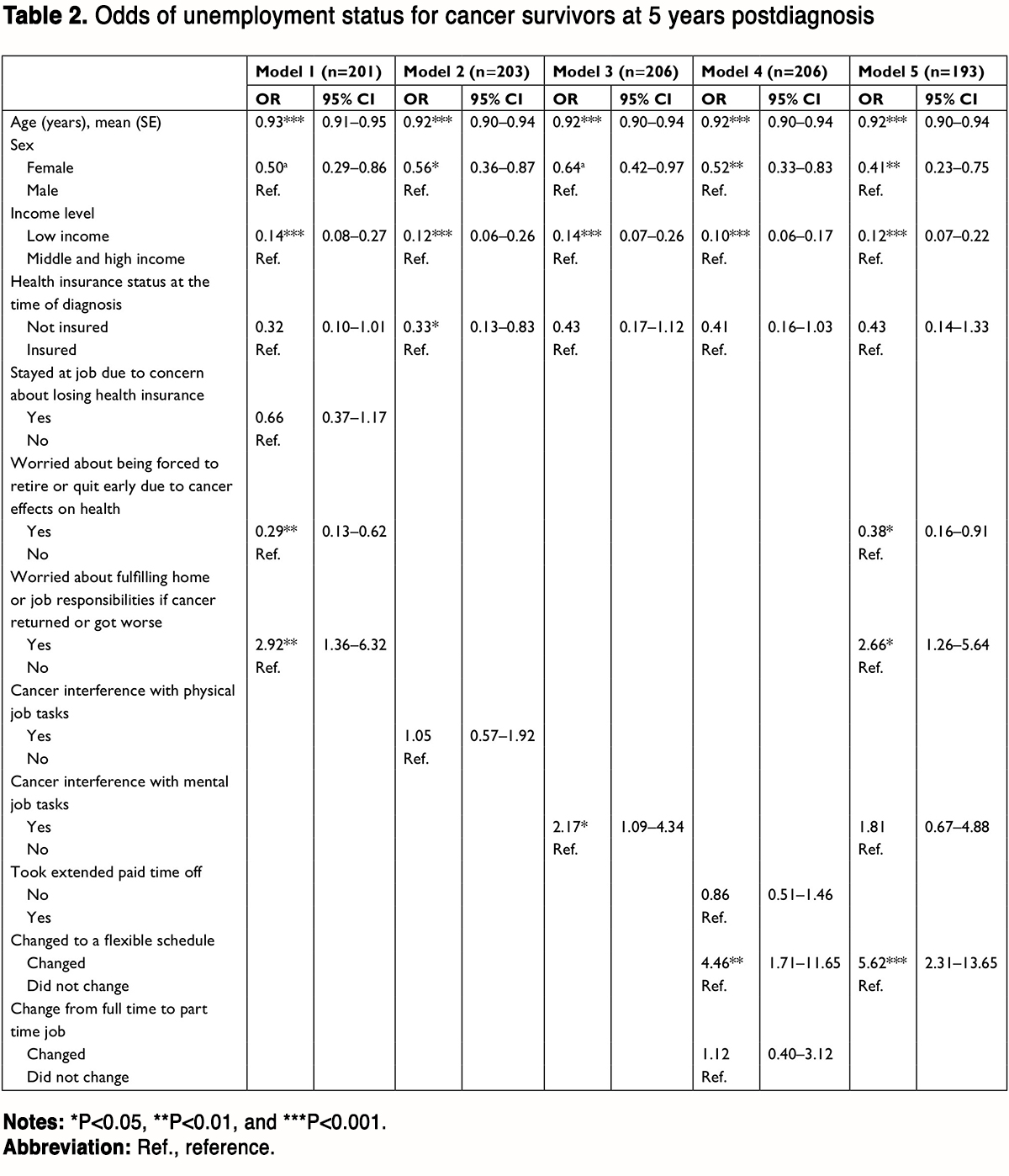 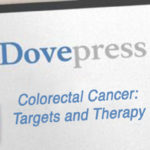