A close relationship of the VEGF and EGFR signaling cascades has been demonstrated in preclinical studies, and thus the combination of both anti-VEGF and anti-EGFR mAbs was evaluated as a biologically plausible and attractive strategy.141–144 In the randomized Phase II BOND-2 study, the benefit of bevacizumab plus cetuximab plus irinotecan or bevacizumab plus cetuximab alone was explored in irinotecan-refractory patients.145 The time to progression (7.3 versus 4.9 months), RR (37% versus 20%), and OS (14.5 versus 11.4 months) favored the triplet including both biologicals. Based on these promising data, 755 previously untreated patients were enrolled in the CAIRO2 trial to explore the efficacy of cetuximab added to bevacizumab, capecitabine and oxaliplatin.16 Unfortunately, the addition of cetuximab led to significantly shorter PFS (primary end point; 9.4 versus 10.7 months, HR 1.22; P=0.01), whereas OS and RR were not significantly different. In the subgroup analysis according to KRAS status, the addition of cetuximab in the mutant subgroup led to worse PFS. The randomized Phase IIIB PACCE trial evaluated the efficacy of bevacizumab and chemotherapy, either oxaliplatin- or irinotecan-based, with or without panitumumab in previously untreated patients.146 In the final analysis, PFS decreased by 1.4 months in the panitumumab arm compared to the control arm (10.0 versus 11.4 months, HR 1.27). Subgroup analysis by KRAS status also demonstrated worse outcomes in both the wt and mutant subgroups in the panitumumab group. Based on these two large trials, the combination of anti-EGFR and anti-VEGF mAbs is not recommended.

After induction chemotherapy, maintenance is often offered to improve the duration of disease control, according to the OPTIMOX219 and COIN147 results. Final CAIRO3 results established the survival benefit of maintenance with bevacizumab plus capecitabine after first-line induction treatment.20 The potential role of anti-EGFR mAbs in maintenance was evaluated in the NORDIC-VII study, in which patients were randomly assigned to receive FLOX, cetuximab plus FLOX, or cetuximab plus intermittent FLOX.116 The OS (20.4 versus 19.7 versus 20.3 months, respectively) was almost identical in all three groups, suggesting that maintenance therapy with cetuximab might be feasible. The randomized Phase II COIN-B trial was designed as an exploratory, hypothesis-generating study to complement COIN, and patients were assigned to intermittent FOLFOX plus intermittent cetuximab versus continuous cetuximab. Both failure-free survival at 10 months (primary end point; 52% versus 50%) and median failure-free survival (14.3 versus 12.2 months) favored planned maintenance with continuous cetuximab.148

Extensive preclinical work on the potential mechanisms of resistance to EGFR inhibitors has guided the development of more efficient anti-EGFR mAbs, targeting simultaneously different receptors and other members of the EGFR/HER family, and combination strategies with agents targeting other receptors/proteins and downstream effectors.

The first approach to overcome resistance to anti-EGFR drugs is the development of mAbs with more efficient binding ability. Thus far, the most promising agent is Sym004, a new compound that combines two mAbs, which can bind simultaneously to two nonoverlapping epitopes on domain III of the extracellular domain of EGFR, inducing highly efficient internalization of the receptor in cancer cells and degradation, ultimately resulting in the inhibition of cancer-cell growth. In vitro and in vivo evidence demonstrates that Sym004 can be a superior agent if compared to both cetuximab and panitumumab in a wide range of tumor types, with a clear dose–response relationship.149Furthermore, Sym004 inhibits growth and proliferation of those cancer cells that have acquired resistance to anti-EGFR therapies. This acquired resistance represents a common dilemma in patients treated with anti-EGFR therapeutic agents, leaving numerous mechanisms by which tumors are capable of escaping inhibition, including increased EGFR ligand production surrounding the tumor. Sym004 potentially inhibits proliferation also in the presence of increased EGF concentrations.

The first-in-human trial did not show unexpected toxicities, and based on preliminary signs of clinical activity, Sym004 has been tested as monotherapy in selected patients with KRAS wt CRC progressing to previous cetuximab- or panitumumab-based therapy.150 In total, 42 patients were enrolled. Tumor shrinkage >10% was documented in four of 12 (33%) patients at 9 mg/kg, with partial response in one of 12 (8%) and stable disease in nine of 12 (75%). At 12 mg/kg, seven of 27 (26%) patients had >10% tumor shrinkage, with partial response in three of 27 (11%) and stable disease in 15 of 27 (56%). Median PFS was 13.6 weeks (95% confidence interval 5.3–23) and 13.7 weeks (95% confidence interval 5.9–18.6), respectively. Sym004 showed significant clinical activity in anti-EGFR treatment-refractory KRAS wt mCRC patients, and serial biopsies confirmed its mechanism of action. No unexpected adverse events were observed. The agent is currently being tested as monotherapy in a Phase II trial, compared to investigator’s choice (BSC or 5-FU or capecitabine) in subjects with mCRC and acquired resistance to anti-EGFR mAbs (NCT02083653).151

Anti-EGFR in combination with mAbs directed to other receptors

The extensive cross talk among the HER-family receptors is most likely responsible for emerging reports that blockade of a particular signaling pathway can lead to compensatory actions, such as negative-feedback loops and consequently to the upregulation of parallel pathways.

One potential mechanism of resistance to anti-EGFR therapy is related to the ability of EGFR to form heterodimers with HER3, producing receptor autophosphorylation and leading to intracellular signaling activation, mainly via the PI3K–AKT–mTOR pathway. In the clinical setting, HER3 has been associated with tumor resistance to therapeutic agents targeting EGFR or HER2 in lung and breast cancer,152 and its expression correlates with a poor outcome in mCRC patients treated with cetuximab.153 These findings led to the hypothesis that inhibiting the signaling of more than one of the HER-family receptors offers an opportunity for greater efficiency and the potential for overcoming resistance to currently available EGFR-directed therapies. As a result, MEHD7945A, an IgG1 mAb, was developed to bind simultaneously with high affinity to EGFR and HER3. As an IgG1 antibody, MEHD7945A is also able to bind to Fcγ receptors, has the potential to elicit antibody-dependent cellular cytotoxicity, and has also been demonstrated to have significant activity in colon, lung, pancreatic, head and neck, breast, and ovarian xenograft models, exhibiting broader activity compared to other monospecific HER family-targeting agents. The Phase I first-in-human trial, with an expansion at the recommended dose in KRAS wt CRC patients, showed an encouraging safety profile and evidence of antitumor activity.154

Similarly, HER2 is amplified only in 2%–3% of genetically unselected mCRC, but its increased overexpression has been associated with both de novo and acquired resistance to cetuximab-based therapy in CRC patients, and in the subset of KRAS/NRAS/BRAF/PIK3CA wt “xenopatients” resistant to cetuximab, HER2 amplification was observed in up to 36%.155–157

Lastly, as a proof of concept, the inhibition of EGFR and HER2 was shown to induce overt, long-lasting tumor regression in HER2-amplified xenopatients. Based on this rationale, an ongoing Phase IB/II trial is exploring the combination of neratinib, an HER2 TKI, with cetuximab, in patients with “quadruple wt” (wt KRAS, NRAS, BRAF, PIK3CA) mCRC primary tumor (NCT01960023).158

Combination strategies with other membrane-bound receptors, such as c-MET and IGFR, have been translated in completed or ongoing Phase I/II trials. Thus far, none have proven very effective clinically (Table 2).159–163

The most promising approaches to circumvent or reverse resistance to anti-EGFR-targeted therapies are rational combinations of targeted treatments that include inhibitors of downstream effectors of the EGFR pathway. Currently, several drugs capable of inhibiting activated BRAF, MEK, PI3K, AKT, and mTOR are available. Furthermore, clinical trials with these agents are actively recruiting patients, and for some of these trials, the selection of therapy is based on the genetic profile of the tumor, as shown in Table 3. 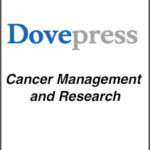