Breast positioning is the key factor affecting a mammogram. If care is taken during positioning, it maximizes the amount of breast tissue being imaged, eliminates most of the artifacts, and increases sensitivity of the mammogram. This retrospective study was carried out in our department to assess correctness, and also the incorrectness of breast positioning, which need to be avoided to obtain an ideal mammogram.

A total of 1369 female patients were included in this study. Mammography was performed on full field detector digital mammography equipment. Craniocaudal (CC) view and mediolateral oblique (MLO) view were carried out for each breast. Four views were done for 1322 patients. The remaining 47 patients had undergone a mastectomy and underwent two views for the other breast. Mistakes in improperly positioned mammogram were assessed with respect to proper visualization of nipple, position of pectoralis major, pectoral–nipple distance (PND), inframammary fold, and adequate coverage of all breast quadrants.

As per prescribed guidelines, mistakes in positioning were recognized in 2.879% of total mammograms. Improper positioning of the nipple was the commonest problem, seen in 3.827% of mammograms, CC view. On MLO view, bilaterally, pectoralis shadow was not seen in 0.520% mammograms, its margin was not straight/convex in 0.706%, lower edge of pectoralis was above pectoralis–nipple line in 2.081%, and inframammary fold was not seen in 1.189%. There was inadequate coverage of lower quadrants in 2.787%, and mismatch in PND was seen in 3.864%. In few of the patients, the shortcomings as a result of improper positioning were noted on one view, the rest being normal.

Positioning is the most important factor affecting the resultant mammography image. During mammography, many cases are improperly positioned and as a result the examination is inconclusive, which reduces the sensitivity of mammography.

The aim of mammography is to obtain an optimum image along with maximum breast tissue visualization.1 There should be minimum discomfort to the patient. There are a number of factors that affect the clinical image quality of a mammogram.2 These are positioning of the breast, compression, optimum exposure, sharpness, noise, and contrast. The quality of mammograms has improved remarkably after the introduction of digital mammography system. Also, strict quality assurance monitoring is being followed at present. With advancements in hardware and software, factors affecting image quality such as exposure, sharpness, noise, and contrast are being taken care of. The two factors that still affect the image quality are positioning and compression, both still being monitored by the operator. 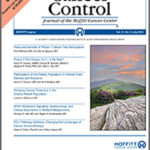