The evolving role of the oncology nurse navigator (ONN) is unique from the roles of clinical and staff nurses, though the need for a separate ONN certification is not supported. Ideally, the role of the ONN focuses on health care needs of patients across different settings, simplifies transitions, and overcomes obstacles to high-quality care. While similarities in the role of the ONN and the role of the direct care nurse exist, the ONN contributes uniquely to patient outcomes and to quality processes.1

“I was surprised that the results did not support the need for a separate ONN certification,” first author Barbara G. Lubejko, RN, MS, project manager on the education team at the Oncology Nursing Society (ONS), Pittsburgh, Pennsylvania, told Oncology Nurse Advisor in an interview.

“While the results of the RDS [role delineation survey] indicated that the primary tasks of the ONN are different from bedside/chairside oncology nurses, the knowledge needed by each group is quite similar.  And since certifications are based on knowledge, a separate ONN certification is not supported at this time.”

Multiple potential challenges face oncology patients in receiving timely care. Misunderstanding, fear, anxiety, poor communication, lack of resources, and struggles navigating the health care system can be partially addressed or totally overcome with a navigator. Oncology nurse navigators can also support organizational approaches across the continuum of cancer care. Many programs added or expanded the role of the ONN in recent years.

A 2011 RDS, conducted by the ONS, did not reveal unique skills required for an oncology nurse navigator. These results could be due to the relative novelty of the ONN role at the time of the survey. Since the 2011 RDS, the role of the ONN has expanded and evolved.

In this study, published in Clinical Journal of Oncology Nursing, ONS partnered with the Oncology Nursing Certification Corporation (ONCC) to conduct an RDS of ONNs to reevaluate the role of the ONN and to determine whether an examination for ONN certification is warranted.

Administration of the structured RDS used a formal, consensus-building process. The RDS assessed the tasks, knowledge, and skills unique to the ONN and determined whether the role of ONN or the role of clinical or staff nurse had more responsibility for the tasks of the role.

To develop the RDS, researchers spoke with self-identified practicing ONNs. Initially, 10 oncology nurse navigation experts worked on a task force to define the ONN and come to agreement on statements about knowledge, skills, and tasks essential for proficient practice as an ONN. These statements formed an initial draft survey. This draft survey underwent review by an additional 24 subject matter experts, with 18 completing the review process.

After revision by the task force, the final RDS was distributed to 5397 members of ONS and nonmembers identified as oncology nurse navigators or members of the ONS Nurse Navigator Special Interest Group.

A total of 498 respondents (9% response rate) answered questions about background and general information, tasks, knowledge and skills, weighted recommendation on whether an ONN certification should be developed, and other comments. The demographics of the respondents were representative of the group to which the RDS was sent.

Of respondents, 77% (n=382) reported that their job title included the word “navigator,” and 59% were members of ONS. 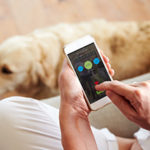