As seasoned healthcare professionals, we have experienced many defining moments at various points throughout our career. Although action is not always required, what we do after or as a result of those experiences can change the trajectory of our lives. I recall one such experience many years ago.

I was sitting with members of my multidisciplinary team. We were anticipating the arrival of a patient and his family to discuss his diagnosis and treatment plan. We learned minutes before the patient entered the room that he didn’t speak English, and the only member of his family who did was his adult son. Like most healthcare settings, we have a policy in place that outlines why we use an official interpreter rather than a family member and how to make arrangements for an interpreter. In this case, the patient was already approaching the door, so the team moved forward given that there was no time to make other arrangements. As the team reviewed the plan of care, the son followed along quite attentively, asking clarifying questions but translating very little. You could see the patient staring at his son with a questioning look, appearing as though he was eagerly awaiting the next set of translated sentences.

After the meeting, the team discussed the fact that the son translated so little that the patient may not have a clear understanding of anything that happened during the meeting, and the fact that an interpreter must be used during future visits. We also talked about potential reasons for the lack of translation, including the assumption that the son did not want his dad to know all of the details of his diagnosis or treatment plan for fear that knowing may hasten his death. This assumption was based on experiences with other patients of Asian descent, as well as education from cultural competency trainings and tools designed to help us understand cultural meanings in health care; not assumptions based on stereotypes, biases, or “-isms.”

Approximately a week later, the son called and asked to meet with me. He told me, “I was so scared.” He further explained that his dad came to the United States many years before he and his mother were able to come. By then, his dad was working days, evenings, and even many weekends to support the family. This means that they had very little interaction. Since his dad’s cancer diagnosis, the son has been placed right in the middle of all of his dad’s financial affairs, which made him quite uncomfortable. Although there was little personal interaction, the son had great respect for his dad and now also concern about the many ways in which his parents had been struggling financially without his knowledge. He also wanted to discuss his own fears and worry about his dad’s health. Not once did he say anything that confirmed the assumptions that we — that I — had made.

I came away from this meeting thinking, “What’s different in this case?” I couldn’t quite put my finger on it, but I knew immediately that I could not rely on my experiences with other patients who shared the same or similar cultural background, nor could I rely solely on the cultural competency trainings that I had received. As an oncology social worker, my role on the multidisciplinary team is to address psychosocial issues and concerns faced by our patients, their caregivers, and loved ones. But how could I do this effectively if I was the one defining the issues, challenges, and concerns that our patients were experiencing in health care? 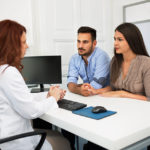