The study of basal cell carcinoma (BCC), a medical condition especially appropriate for discussion this time of year, has produced an intriguing finding. Adults who were treated for skin cancer have a much higher risk of their cancers returning if they experienced parental neglect or emotional abuse when they were young children. The apparent trigger for a new lesion is a stressful event that occurs in adult life, according to researchers at the Ohio State University Medical Center. Their work was published in Archives of General Psychiatry.1

Prior research implies that stressful experiences during childhood can establish a lower level of immune response that lasts for life.1 However, this study is the first to show that negative early parental emotional experiences seem to act in synergy with a later stressful event to affect that person’s immune response. The researchers write that stressful events can cause negative emotions that impact immunity, causing “clinically significant alterations.” In addition to influencing vaccine response, these reactions impair wound healing, lead to inflammation, and diminish the markers of innate and adaptive immune functions.1 The researchers theorize that the consequences of stress-generated negativity early in life might cause these patients to be more susceptible to immunogenic tumors—those cancers that often respond well to a strong immune system.

Basal cell tumors are immunogenic; therefore, as would be expected, immunosuppressive therapy can increase the incidence of BCC. Patients who have received organ transplants have 10 times the risk of developing BCC as the general population. Even patients on oral glucocorticoid medication have a higher incidence of BCC than those not taking glucocorticoids.1

Research has established that people who were poorly treated by a parent when they were young bear that burden throughout their lives, beginning with atypical cortisol secretion as children. As they reach adulthood, their emotional and glucocorticoid reactions to stress are more pronounced compared with those reactions in people who had a healthy parent-child relationship.

Basal cell tumors comprise the most common form of skin cancer. BCC incidence is increasing, with the number of cases in this country doubling every 14 years.2 According to the Ohio State group, nearly half of all patients with BCC will develop an additional tumor within 3 years of a first occurrence. Although childhood sun exposure, fair complexion, and age are risk factors for an index BCC lesion, these factors are not necessarily related to the development of subsequent tumors. Fortunately, although BCC is more common, its prognosis is not as grim as squamous cell carcinoma or melanoma.

For the current work, the group at Ohio State University undertook a study of the role of stressful life events in the development of BCC. The study involved 91 women and men, all of whom previously had BCC. The researchers evaluated the participants on a number of different parameters, including some that assessed their childhood relationships with their parents. In this way the team was able to measure the degree of maltreatment or neglect the participants experienced when they were children. The researchers also analyzed tissues from each participant’s tumor, evaluating the intensity of immune response to the tumor by testing for the presence of four types of messenger RNA.

The results were telling. For those study participants who, as children, had been most neglected or maltreated by their mothers and had a stressful life event in the year prior to the recurrence of BCC, a 350% reduction in immunity was noted. Those participants who were neglected or maltreated by their fathers had a 140% reduction in immunity. Ronald Glaser, PhD, a co-author of the paper and director of Ohio State University’s Institute for Behavioral Medicine Research and professor of molecular virology, immunology, and medical genetics, noted that in addition to an increased risk for BCC, a dysregulation of the immune system affects a person’s ability to deal with other immunogenic cancers such as ovarian cancer, head and neck cancers, melanoma, renal cell tumors, and some lymphomas and tumors induced by cancer viruses.1 ONA

From the August 01, 2012 Issue of Oncology Nurse Advisor 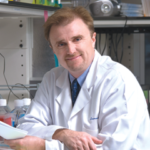