Can one of the most popular beverages in the world limit or even prevent the growth of certain cancers? If you follow the literature on coffee and cancer, you should be familiar with the intriguing studies that have come out recently on the subject. Coffee apparently has a beneficial effect on a number of different cancers.

Many hepatologists are convinced that coffee can prevent hepatocellular carcinoma (HCC). Although scientists do not know the exact mechanism, they think it must be related to the approximately 1,000 substances in coffee. Among these are antioxidants such as chlorogenic acid and tocopherols, as well as caffeine, diterphenoic alcohols, potassium, niacin, and magnesium.1 One cell culture study suggests that diterpines have anticarcinogenic properties.2 A meta-analysis of six case-controlled studies comprising 2,260 cases of HCC found that the risk of developing the cancer was 41% lower among coffee drinkers than among those who never drank coffee. The researchers concluded, “The present analysis provides evidence that the inverse relation between coffee and HCC is real,” although the cause is unknown.3 In another study, investigators found that an increase in consumption of two cups of coffee per day was associated with a 43% reduced risk of HCC.4

The authors wrote that further research is needed to understand the mechanisms underlying their results, although they explained that biological activities associated with the consumption of the phytochemical compounds found in coffee include anti-inflammatory and antioxidant effects as well as modulation of glucose metabolism, all of which are factors that may impact cancer recurrence and progression. Those compounds include caffeine, chlorogenic acid, and the diterpenes cafestol and kahweol.

The researchers concluded: “Results indicate that higher prediagnostic coffee consumption is associated with a lower risk of prostate cancer recurrence/progression.” They call for larger studies to replicate their finding.6 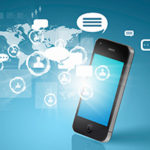