Lung cancer is the leading cause of cancer-related deaths in the United States, and the American Cancer Society estimates 224,210 new cases and 159,260 deaths in 2014 for non-small cell lung cancer (NSCLC) and small cell lung cancer (SCLC) combined. Experts expect those numbers to change.1 One explanation is that the spiral computed tomography (CT) scan is rapidly becoming the screening tool of choice, especially for patients who have been long-term smokers. Results from the National Lung Screening Trial showed that low-dose CT screening accounted for a 20% relative reduction in mortality from lung cancer.2 As a result, the US Preventive Services Task Force recommended CT screening for long-term smokers.3 In addition, the baby boomer population is now at the age at which lung cancer usually develops, many of whom have years of smoking behind them. This population brings with them a host of confounding illnesses such as chronic obstructive pulmonary disease (COPD), kidney disease, and cardiovascular disease (CVD).

There are few evidence-based guidelines for treating early stage lung cancer, according to Shervin M. Shirvani, MD, adjunct professor at the University of Texas MD Anderson Cancer Center, in Houston, Texas, and attending radiation oncologist at Banner MD Anderson Cancer Center, in Gilbert, Arizona. Shirvani and colleagues note that there have not been any recent randomized trials that compare modalities for treating lung cancer in the elderly.4 Several trials have recently launched; however, accrual is slow, some of the studies have closed, and the trials that are now active will not have results for a number of years.4 Shirvani and colleagues launched their own review to ascertain which of the modalities would be best for treating the burgeoning population of elderly patients with lung cancer. The goal was a retrospective population-based analysis to compare the commonly used lobectomy (removal of the entire lobe of lung) with sublobar resection (removal of the part containing the tumor) and stereotactic ablative radiotherapy (SABR), a type of radiation therapy comprising 3 to 5 sessions.4

For their research, the MD Anderson investigators used the latest version of the Surveillance, Epidemiology, and End Results (SEER) database linked to Medicare (SEER-Medicare database) to determine the effect each of the three methods had on survival of elderly patients with early stage lung cancer.5 They found a total of 9,093 patients age 66 years or older with a lung cancer diagnosis reported in the SEER-Medicare group. All the patients underwent 1 of 3 treatment methods: 7,215 patients (79.3%) underwent lobectomy; 1,496 (16.5%), sublobar resection; and 382 patients (4.2%), SABR.

The researchers found that those patients treated with lobectomy had better outcomes—their overall and lung cancer-specific survival were better than those associated with the other methods. They had thought that the smaller sublobar resection with minimal surgical complications would be best for an older person with several comorbidities; however, they were surprised to realize that their theory was wrong. Many elderly patients with multiple diseases or health problems would prefer to face the risk of the more complicated lobectomy in order to have their cancer eradicated.

When the authors compared lobectomy to SABR, the overall and lung cancer-specific survival rates were similar. They noted that this result demonstrates that SABR can be an alternative treatment modality for those frail elderly patients with comorbidities who cannot tolerate surgery.

The researchers conclude that lobectomy is the treatment of choice for patients with early stage lung cancer, except for very frail patients with advanced age. Those patients should receive treatment with SABR. 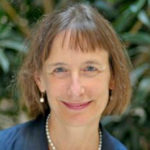