Many diets are proposed to the public from various sources; however, most diets that are supposed to be ketogenic are simply low in carbohydrates, explained Dr Shah. Some actually are ketogenic, but some are just keto style. The diets do not encourage ketosis, which is the breakdown of protein and fat to use for energy. Low-carbohydrate diets (LCDs) usually recommend modest carbohydrate reductions: less than 26% calories or less than 100 to 130 g per day. This does not encourage ketosis.

Comparisons between the different keto-style diets are difficult because the diets are so varied. Consuming more dietary fat than recommended “has been associated with poorer long-term outcomes for some cancers, including breast cancer,” explained Dr Iyengar.2 Furthermore some of the fats included on keto-style diets are from highly processed foods, which could actually be harmful to the unsuspecting dieter. A diet must be a true ketogenic diet to be beneficial.

Plant-Based vs Vegan vs Vegetarian

Vegan means consuming absolutely no animal products — not even honey. These diets are usually grounded in health, ethics, or environmental intentions. Many people choose to adhere to a vegetarian diet, which is similar to a vegan diet but allows some dairy or even eggs in varying quantities.2 The evidence is not strong enough to conclude that a vegan diet is superior to a vegetarian diet in reducing the risk of cancer or its recurrence, stated Dr Iyengar. However, a number of trials investigating the different diets are ongoing at MSK, and the conclusions have yet to be drawn.2

Is One Better Than the Other?

In studies on prevention, plant-based diets consistently associated with a reduced cancer incidence. Thus, both the ACS and the AICR/WCRF recommend limiting sugary drinks, highly processed foods such as red meats and other foods, consuming whole plants and unrefined grains, all based on cumulative generalizable evidence. 2

There are other diets to consider for achieving weight loss and protecting against cancer. The Mediterranean and macrobiotic diets are similar to the WFPBD with their enriched plant foods and fiber. The Mayo Clinic Diet and its various permutations should certainly help the motivated patient lose weight. The patient simply has to find the diet that would seem to work the best for them, find its support network, and stick with it. 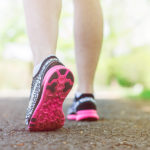