A new approach for removing tumors at the base of the skull features a shorter operation, a reduced recovery period, and fewer complications than traditional surgery, all while leaving no visible scars.

Conventional excision of skull-base tumors requires incisions through the face as well as bone removal, which may be disfiguring. It can also damage facial nerves, affecting facial expressions. A group led by Kofi D. Boahene, MD, might have found a way to circumvent those problems for some patients, using a novel transvestibular endoscopic method that tracks through the natural hole behind the molars, above the jawbone, and beneath the cheekbone, to explore and remove tumors in the infratemporal fossa and parapharyngeal space. Because the incisions are made inside the cheek, no scars can be seen.

Boahene, an assistant professor of facial plastic and reconstructive surgery and otolaryngology-head and neck surgery at the Johns Hopkins School of Medicine in Baltimore, Maryland, and colleagues first tried the procedure on a 20-year-old female with a previously treated brain tumor who had developed a new tumor deep in the skull base.

The surgery time was reduced from 6 hours to 2 hours, and the woman was able to leave the hospital the next day, showing no visible evidence of the operation. 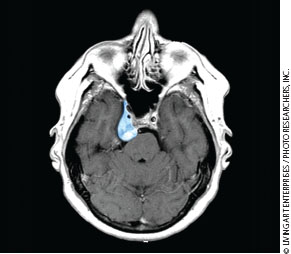 The team members describe four of the seven procedures they performed to date in the journal Laryngoscope (2011;121[10]:2075-2080). The only complications noted were self-limiting hypo-thesia of the lip in one patient and transient dysphagia in another.

Although the procedure requires further use to establish its potential and limitations, Boahene’s group cautioned that it cannot be used on skull base tumors that are very large or that wrap around blood vessels; traditional skull-base surgery remains the best surgical choice in those cases. ONA

Personalized medicine and the role of the navigator: Prostate cancer