The American Cancer Society (ACS) estimates that nearly 13% of all cancers diagnosed in adults aged 20 years and older will be rare cancers. ACS defines a rare cancer as a cancer with fewer than 6 cases per 100,000 people per year.1 Because of their relatively low number of diagnoses, rare cancers are understudied, research-based progress is reduced, and decision-making for patients, physicians, and policy makers is hindered.2

For many, if not most, a diagnosis of cancer elicits the feeling of being out of control. Additionally, depending on where people fall in the life stage and who they might have lost or witnessed going through cancer in the past, it can trigger fears and project expectations for them similar to those experiences, even though there have been profound advances in treatment and adverse-effect management over the last decades.

The majority of people with one of the more common cancers will follow a traditional journey of finding an oncologist and treatment center and, in the process, of working with their chosen treatment team. Before long, they are offered an established protocol or options of protocols and will, over time, find other patients with their same disease in their own communities or treated at the same center. Those early steps allow people with cancer to settle into a routine, knowing they are following in the footsteps of many before them and even now alongside them. The big takeaway is: They will find themselves less alone.

Paradoxically, those with a rare cancer, also called orphan cancers, are commonly seen by numerous physicians at an expanding group of treatment centers before receiving a definitive diagnosis. Once they have a diagnosis, depending on how rare their cancer is, they often have the added stress and expense of traveling to a distant comprehensive cancer center to find someone who has dealt with their cancer and knows treatment options. Their treatment might not be an established protocol, but perhaps a clinical trial, and along the way they will find few if any others who have their same type of cancer. The feelings of loss of control become exacerbated for people with rare cancers, which translate into increased stress on patients and support networks; limited educational materials; and growing feelings of frustration, anger, depression, and fear.

In addition, occurrence of rare cancers in young adults is compatible to the significance of a genetic component to the etiology than in more common cancers.2 Furthermore, mortality rates for rare cancers are high and evidence to guide clinical decision-making is limited.2 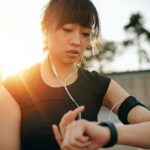