I am a huge fan of cop shows, and I can find an episode of “Law and Order” on at almost any time. I like to have it on as background noise when I am paying bills or doing anything that requires only half my attention. So I’m not sure how many times I’ve heard a character say to the person they are arresting, “You have the right to remain silent. Anything you say or do can and will be held against you in a court of law. You have the right to speak to an attorney. If you cannot afford an attorney, one will be appointed for you. Do you understand these rights as they have been read to you?”

The other day I was a watching an episode, and when the arrestee was read his Miranda rights, I realized I had never really focused on the last line, the part that asks if they understand their rights. I cannot ever recall anyone responding by saying, “Wait, can you say that again? I’m not sure I understand.” Oh, they may protest the arrest but they don’t question the words. Maybe it is an authority thing. I know I go speechless if a policeman pulls me over. I’ve never been arrested, so I can only imagine how confused I would feel in that situation.

I have a patient, Kate, who made me think about this very thing recently. She was scheduled to have a huge surgery, a pelvic exenteration, but I didn’t think she really understood what the surgery entailed. I’m certain she was told. 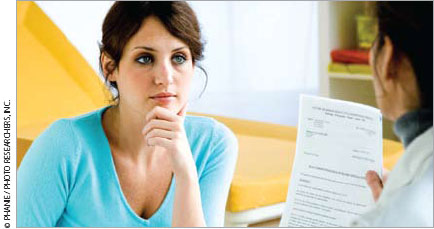 But the way Kate described the upcoming surgery made me believe she had a different idea of what was involved than I know the surgeon had. All of this is not to say she hadn’t been properly consented, properly informed. But at the end of the surgeon’s explanation maybe it was like an episode of “Law and Order,” when they asked if she understood and there was no response. How would Kate know if she didn’t understand?

I like a phrase that is self-explanatory. “Index of suspicion” is one of those phrases. When Kate was nearing the end of her radiation treatments she told me about the appointment she’d had with the surgeon.

“He wants to do this big surgery. I don’t remember what he called it, but I call it a pelvic everything.”

“Yes, that’s it.” As she described what he had told her and what she believed the purpose of the surgery was, my index of suspicion rose. Did she really understand? Halfway through her chemo and radiation regimen her blue eyes were washed out, her hair was stringy and faded too, but she smiled when she said, “Sounds like this is my best choice.” I paused, uncertain of how to respond. Nothing she said was incorrect yet it felt inadequate, oversimplified. I wondered if the oversimplification was because she had not been given a satisfactory explanation or if she had reduced it to something she could accept. I had my own personal bias. Her surgeon, though considered very competent, is aggressive. I had seen him offer surgery when it was well past time to stop. I worried Kate had an overly optimistic view of the surgery; she spoke as if an exenteration was an easy next step.

I asked, “Tell me what you understand about the surgery.” This was when she shrugged again.

“Did he say what would happen if you didn’t have surgery?”

“We just talked about the surgery. I mean, without it I can’t get better.”

I decided on a different approach, “What did he tell you about recovery from surgery?”

“That it is a big surgery, but he thinks I can get through it just fine.” I stopped there. Since she was still getting radiation treatments I knew I could revisit the subject with her. I needed time to think things through. Given her diagnosis and the advanced stage of her cancer, I knew that the surgery was palliative. I consulted several of my coworkers to ask if they thought there was anything I should say or do. My worry was that she planned to have surgery without a full understanding of what it entailed and what benefit it did or didn’t afford her. It was her choice but I wasn’t sure she was making it with all the right information. One of the nurses I spoke to thought my difficulty was that Kate was having a surgery that I believed she shouldn’t have. There was some truth to that. But my concern was more than that. What was my obligation to her if I truly felt she did not clearly understand the risks?

I felt like I was going in circles. I wanted to be sure the “informed” part meant she had the right information. My clinical knowledge influenced my thinking as I telegraphed what I knew into the future. I was thinking ahead, anticipating complications I had seen other exent patients have. But Kate had a clearer view. She wanted to have the surgery. What I began to recognize was that she understood things in a way that made sense to her. She didn’t know what I knew, her comprehension was more basic, but she had enough information to be satisfied with it. Kate had cervical cancer; she’d had chemo and radiation. Now she was ready to have the last part of her treatment, the surgery, the part she felt she had to have. That was what she understood, that was the understanding she wanted to have. She wanted the surgery.

The conversation I had to have was with myself. I thought of the many things I might say to her. I considered whether this was an ethical dilemma. Was I “allowing” her to agree to surgery when I should have been advocating against it? It took several days for me to think things through. I had several more dialogues with Kate, cautious to avoid sounding like I was interrogating her. In our discussions I came to realize that Kate was comfortable with her decision, she was choosing to take what she felt was the next best step. In the end, I supported her decision. My personal caveat was that I told her, “If at any time you have questions, you keep asking them until you have an answer.”

1. How do you approach a patient when they report an understanding of a treatment that is incongruent with the actual expected outcome?

From the February 01, 2012 Issue of Oncology Nurse Advisor 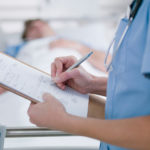