Risk factors for sebaceous carcinomas (SCs) in solid organ transplant recipients (SOTRs) in the United States were outlined in cohort study data published in JAMA Dermatology. Compared with the general population, the incidence of SC was nearly 25 times greater in SOTRs. Lung transplant and post-transplant diagnosis of cutaneous squamous cell carcinoma (SCC) were both risk factors for SC development. Patients with SC and previous transplant had decreased survival compared with patients with SC only.

Investigators conducted a retrospective cohort study using data extracted from the Transplant Cancer Match Study, which matches transplant data to cancer registry data for patients in 17 states and 1 metropolitan area in the United States. The present study used data for the years 1987 through 2017. SOTRs were followed from date of transplantation until 1 of the following outcomes: SC diagnosis, death, transplant failure or re-transplantation, or loss to follow-up. Demographic and clinical characteristics were extracted, including data on induction and initial maintenance immunosuppressive therapies. The overall incidence of SCs in the SOTR cohort was compared with that of the general population using standardized incidence ratios (SIRs). Poisson regression was used to identify risk factors for SC. In addition, survival analyses were performed in a cohort of SOTRs and non-SOTRs with SC.

These data report the incidence and overall survival of SC during a 30-year period among patients who underwent solid organ transplantation. The elevation of SC risk among SOTRs compared with non-SOTRs suggested to the researchers that immunosuppression likely plays a role in SC development. Post-transplant diagnosis of cutaneous SCC was also significantly associated with later development of SC, suggesting that ultraviolet (UV) radiation exposure may precipitate SC.

As study limitations, investigators cited the small number of SC cases in SOTRs, which prevented an analysis of cancer-specific survival. In addition, the cohort may have been too small to detect other risk factors.

“Additional studies are needed to better understand the immunologic deficits that predispose to SC and investigate the possible etiologic role of…viruses in tumor development,” investigators wrote. “[T]he elevated incidence of SC that we observed among SOTRs highlights the importance of immunosuppression in tumor development.” 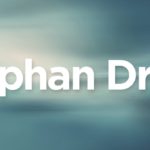