Racial disparities in prostate cancer mortality between Black and White men are not related to differences in radical prostatectomy outcomes, according to a new studypublished in Cancer.

A multi-institutional, observational study of 1662 men who underwent radical prostatectomy for grade group 4 or 5 prostate cancer showed no differences in biochemical recurrence, cancer-specific mortality, and overall survival between men treated at 3 institutions who self-identified as Black or White.

In addition, Black men were less likely to receive androgen deprivation therapy and had lower use of secondary treatment with radiotherapy.

The researchers noted that “Black men accessing care at the 3 institutions in this cohort are very likely to be insured and of a higher social standing in comparison with Black men who do not have access to medical care. This likely results in differences in access to and utilization of health care, in medical knowledge, in access to medical information, in social support, in economic and financial standing, and in other social factors that influence timely and appropriate use of definitive therapy for localized prostate cancer.”

“These findings suggest that definitive therapy with prostatectomy with appropriate adjuvant therapy could be an important mediator of racial disparities seen in prostate cancer,” the researchers concluded. 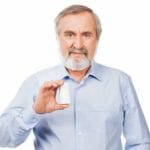