Salvage cryotherapy for localized recurrence of prostate cancer (PCa) following primary radiation treatment is associated with a durable response, with high rates of cancer-specific and metastasis-free survival, according to data presented at the Canadian Urological Association’s 74th Annual Meeting in Quebec City.

The findings, presented by Haider Abed, a medical student at the University of Western Ontario in London, are from a study of 187 patients who underwent salvage cryotherapy for radiorecurrent PCa and had a median follow-up duration of 12 years. Prior to salvage treatment, patients had a median age of 71 years and median PSA level of 11 ng/mL.

The 12-year cancer-specific, metastasis-free, and overall survival rates were 81%, 78%, and 56%, respectively, the investigators reported in a poster presentation. The 12-year rate of freedom from castration-resistant PCa was 80%. The median time to recurrence was 58 months, with a median time to initiation of androgen deprivation therapy (ADT) of 101 months. At the end of follow-up, 91 patients (48.7%) were free of ADT.

“Salvage treatment can achieve ADT-free status in selected patients and delay the need for ADT in those who subsequently develop systemic disease,” the investigators concluded in their study abstract. 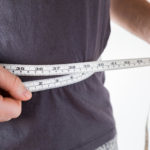