In their report, the MD Anderson researchers wrote that a distinctive characteristic of prostate cancer is that more than 90% of cases diagnosed via biopsy are localized to the prostate. Of these, almost 50% are eligible for active surveillance (AS), an approach that utilizes active monitoring and delayed intervention. This is fortunate because the urinary and sexual sequelae of radical prostate cancer treatment can have a negative impact on quality of life. Looking for another way to limit disease progression as demonstrated by laboratory values and biopsy results, the researchers focused on the Mediterranean diet.

A multidisciplinary team of urologic surgeons, medical oncologists, and radiation oncologists evaluated the safety of the active surveillance protocol for the 560 patients with localized prostate cancer who were enrolled in the study. Each participant completed a baseline 170-item food frequency questionnaire (FFQ) and underwent confirmatory biopsy at enrollment; clinical examination was performed and serum prostate-specific antigen (PSA) and testosterone levels were measured every 6 months. Biopsies were repeated every 1 to 2 years; if a biopsy was negative, it was not repeated the following year.

If a positive biopsy led to a disease reclassification, the team offered the patient the option of active treatment. Disease reclassification was defined as an increase in tumor volume or Gleason grade group (GG). Patients could remain on the AS protocol provided their treating physician approved of their doing so.

GG progression was the primary outcome of interest, defined as any increase in disease after the confirmatory biopsy. The researchers followed all patients until one of the following occurred: the patient demonstrated grade progression, needed treatment, was lost to follow-up, elected to be removed from the study, or died or until they reached the study censor date of December 31, 2016.

The researchers found that baseline adherence to the Mediterranean diet seemed to be linked to a lower risk of GG progression in patients with localized prostate cancer who were managed on an active surveillance protocol. This result is consistent with other health findings associated with plant-based, low-fat dietary patterns, and apparently confirms that an overall healthful eating pattern is important to affect cancer-related outcomes in men with localized and low-risk prostate cancer.

Could this effect be due to statin use? The researchers examined this possibility and found that greater adherence to the Mediterranean diet lowered the risk of GG progression regardless of statin use.

Although these results are encouraging, this study was limited by its size and length of follow-up. Furthermore, the study participants were mostly men with low-risk disease, which limits how well the study specifics apply to a broader population of men with prostate cancer.

The researchers demonstrated that adhering to the basic principles of the Mediterranean diet may lower the risk of GG progression among men with localized prostate cancer who are managed with active surveillance because of its anti-inflammatory, antilipidemic, and chemopreventive properties. However, they call for larger studies to verify patient- and cancer-specific factors.

Disclosure: One author declared affiliations with or received funds from the pharmaceutical industry. Please refer to the original article for a full list of disclosures. 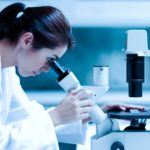