A hypofractionated regimen with modern precision radiotherapy (RT) was not inferior to conventional radiotherapy in intermediate-risk prostate cancer, according to a paper published in the Journal of Clinical Oncology.1

“We conducted a randomized clinical trial looking at a way of improving radiation therapy for men with intermediate-risk prostate cancer. Using modern radiation therapy techniques that are very precise, we determined there was no noticeable difference between 8-week and 4-week treatment regimens in terms of cancer control or side effects of treatment,” said author and investigator Charles N Catton, MD, of the Cancer Clinical Research Unit  and Princess Margaret Cancer Centre in Toronto, in a news release.2

Investigators sought to determine if hypofractionated RT with modern techniques were as effective as conventional RT without added toxicity with a multicenter, randomized noninferiority trial in patients with intermediate-risk prostate cancer.

Patients were followed every 6 months for toxicity and prostate-specific antigen (PSA). The primary outcome was biochemical-clinical failure with evidence of PSA elevation, hormonal treatment, local or distant disease, or prostate cancer–related death.

“In fact, for some men, the shorter regimen meant slightly fewer side effects (particularly regarding bowel function) and therefore improved quality of life. The compressed course of treatment is of great benefit to patients and also to the system in terms of being able to treat more patients in less time,” Dr Catton continued in the statement.2 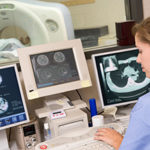