Researchers identified a possible survival benefit with adjuvant chemotherapy for patients with pancreatic ductal adenocarcinoma (PDAC) who had node-negative (N0)-disease following neoadjuvant therapy and surgical resection. The researchers reported their findings in the journal JAMA Surgery.

Neoadjuvant therapy for PDAC typically does not result in complete or near-complete pathologic response, but it has been associated with a greater frequency of N0 resections, compared with surgery without neoadjuvant therapy, the researchers explained in their report. However, whether adjuvant therapy may have additional effects has been unclear.

The study was a retrospective review of records from 2 tertiary care centers. Records for patients with localized PDAC treated using preoperative therapy followed by surgical resection that resulted in N0 disease during the years of 2010 through 2019 were included. Neoadjuvant therapy could include chemotherapy with or without concomitant radiation. Adjuvant therapy could include either gemcitabine-based treatment or FOLFIRINOX, with or without radiation. Outcomes of interest included progression-free survival (PFS), overall survival (OS), and relationships between adjuvant therapy and clinicopathologic variables.

The researchers concluded that, in this study, patients with N0 disease who received neoadjuvant therapy appeared to have a survival benefit with adjuvant therapy, especially those with perineural invasion. 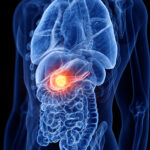