While cytoreductive surgery in conjunction with platinum-based chemotherapy (with or without bevacizumab) is the standard of care in this patient population (first-line treatment for patients with advanced high-grade serous epithelial ovarian cancer), most patients experience disease relapse. For those patients with platinum-sensitive disease — defined as a platinum-free interval of longer than 6 months — second-line platinum-based therapy is often administered. Nevertheless, most patients are limited to 3 or fewer lines of platinum-based therapy regardless of response, and the duration of response typically decreases with each subsequent line of treatment. Hence, effective treatment options for patients with heavily-pretreated advanced high-grade serous ovarian cancer represent a crucial area of unmet need.

Furthermore, factors related to palliation, such as ease of treatment administration, disease stabilization, and maintenance of quality of life are likely to assume increasing importance with additional lines of treatment in this setting.

In this multicenter, single-arm, phase 2 trial, niraparib, was administered as a single agent (300 mg once daily) to women with relapsed, metastatic high-grade serous epithelial ovarian, fallopian tube, or primary peritoneal cancer who had received 3 or more previous lines of systemic therapy. Furthermore, all patients enrolled in the study were aged 18 years or older and had measureable disease, adequate organ function, and an Eastern Cooperative Oncology Group (ECOG) performance status of 1 or less.

Although a deleterious BRCA mutation was not a criterion for study enrollment, all patients were tested for this biomarker. While evidence of homologous recombination deficiency (HRD) was not an initial inclusion criteria, subsequent study amendments required all patients to have HRD-positive disease, to have received only 3 or 4 prior lines of treatment, and to have been sensitive to first-line platinum-based therapy.

The proportion of patients achieving an investigator-assessed confirmed overall response was the primary end point of the study, tested hierarchically starting with the subgroup of HRD-positive patients who were PARP inhibitor-naive and sensitive to the most recent line of platinum-based therapy. Secondary end points included duration of response and overall survival in all patients who had received 3 or 4 previous lines of anticancer therapy, as well as safety.

Of the 463 patients enrolled in the study, 48% had HRD-positive disease and 19% had either a deleterious germline or somatic BRCA mutation.

Of the 47 patients classified as HRD-positive, sensitive to most recent line of platinum-based therapy, and PARP inhibitor-naïve who had received 3 or 4 prior lines of therapy (ie, primary efficacy population), the overall response rate was 28% with a median duration of response of 9.2 months, and 68% of patients achieved disease control.

In the group of 456 patients with measurable disease who had received 3 or more prior lines of treatment, the overall response rate was 8%, the median duration of response was 9.4 months, and the median overall survival was 17.2 months, regardless of BRCA status.

“This finding is very encouraging, as 58% of patients had received 4 or more lines of

previous treatment and previous data found a median overall survival expectation of 10.6 months after the fourth line of chemotherapy,” commented authors of an accompanying editorial.2

Specifically, in platinum-sensitive disease, response rates were 39%, 26%, and 4% for those with a BRCA mutation, or classified as HRD-positive, or HRD-negative/unknown, respectively. Corresponding response rates in platinum-resistant/refractory disease were 27%, 10%, and 3%. In addition, median overall survival was 26.0 months, 19.0 months, and 15.5 months in the BRCA-mutated subgroup, HRD-positive subgroup, and HRD-negative subgroup, respectively.

Interestingly, patients with a clinical benefit of 24 weeks or longer had a median overall survival of 28 months, irrespective of BRCA status or type of response (ie, stable disease, partial response, or complete response).

“Unfortunately, this set of patients remains unidentifiable, and neither BRCA or HRD status nor platinum sensitivity have helped in their identification in this and other trials,” commented authors of an accompanying editorial.2

No new niraparib-related safety signals emerged in this study. The most common treatment-related grade 3 or higher adverse events were anemia (24%) and thrombocytopenia (21%), although these were managed by dose modifications. A grade 5 treatment-related gastric hemorrhage was reported in 1 patient.

In their summary statements, the study authors commented that “niraparib could represent a meaningful treatment option and be considered an alternative to established chemotherapy regimens for late-line treatment of patients with ovarian cancer on the basis of the current treatment landscape in this area of high unmet need.”1 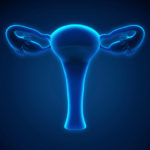