A survey-based study investigated the relationship between symptom burden and incidence of medical disability leave (MDL) among patients with myeloproliferative neoplasms (MPNs). Results showed significantly higher levels of all 10 symptoms in the MPN Symptom Assessment Form among patients with MPN who took one or more MDLs compared with those patients who did not take medical disability leave. This article was published in Annals of Hematology.

Philadelphia chromosome-negative MPNs (myelofibrosis, polycythemia vera, essential thrombocythemia) are associated with survival deficits, as well as a wide range of symptoms, including fatigue, bone pain, and night sweats, that can be debilitating. Although results from previous studies suggest that a high symptom burden is negatively associated with employment status, the authors of this study wrote that “how MPN symptoms relate with medical disability leave among patients with the disease has not been previously examined.”

For this cross-sectional study, 904 patients with MPN who were employed at the time of diagnosis completed the Living with MPNs survey online. Of these patients, 49.5% reported taking no medical disability leave and 24.8% reported taking one or more MDLs. The remaining patients (25.7%) reported other changes in employment status, such as early retirement or a reduction in work hours, and were not included in subsequent study analyses.

Patient- and disease-related characteristics were similar in the 2 study groups. However, those who reported taking MDLs were approximately twice as likely to have had a thrombotic event (31.3% vs 15.4%). Their mean age was 52.3 years, and they took their first leave 2.3 years after diagnosis. In addition, 29.9% of the patients reported taking at least 2 MDLs, with nearly two-thirds of them not returning to work.

Symptom burden assessments of the 2 groups using the MPN Symptom Assessment Form showed the total symptom score was twice as high in the group who reported taking any medical disability leave (P <.001), with fatigue, inactivity, and bone pain ranked as the most severe symptoms. They also reported higher rates of functional impairments (eg, difficulty with strenuous activity, sleeping) compared with those who did not take a leave.

The authors conclude that future studies should explore the influence of effective prevention of thrombotic events and management of MPN-related symptoms on the need for medical leave in patients with high symptom burden. 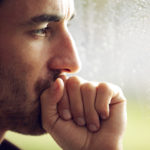