Frailty is a common feature among patients with myeloproliferative neoplasms (MPNs) and may be associated with MPN subtype, according to the results of a study recently published in the journal Leukemia Research.

“Due to MPN-related symptoms and decreased physiologic reserve, physical frailty may be prevalent in this population,” the study investigators explained in their report.

Evaluation of frailty prevalence and trends was the goal of the study, and frailty was assessed through a combination of patient self-reports, review of electronic medical records, and standardized physical measurements. Patients were grouped across 3 frailty categories: frail, prefrail, or not frail, based on a series of metrics.

The analysis included 156 patients, of whom 60 patients had CML, 51 had PV, 16 had PMF, and 29 had ET. The ratio of females to males was reportedly balanced across subtypes, although within the PMF subgroup, 75% of patients were female. The mean age for the overall population was 63 years.

More than half of the patients overall (57%) were considered to have prefrail status, one-fourth (25%) were categorized as frail, and 18% were deemed to be not frail. Across MPN subtypes, PMF showed the greatest association with frailty, while ET was the least associated with it. Age was also associated with frailty.

The researchers identified possible differences in features associated with frailty across MPN subtypes. For instance, PMF appeared to be linked to unintentional weight loss more often than PV and ET.

“Although these results cannot be directly compared to control populations without MPNs, this study suggests that patients with MPNs may have a higher burden of frailty compared to the general population,” the researchers reported.

They concluded that patients with PMF showed frailty more often than did patients with other MPN subtypes. This was considered to be consistent with results of other studies that have shown greater symptom burden and worse quality of life with PMF, compared with PV or ET. The researchers also noted that frailty is associated with greater morbidity and mortality. Therefore, they recommended that further research examine reasons for frailty with MPNs and outcomes associated with it.

Disclosures: Some authors have declared affiliations with biotech, pharmaceutical, and/or device companies. Please see the original reference for a full list of authors’ disclosures. 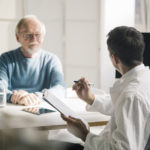