Ruxolitinib was not found to be superior to current second-line therapies for patients with essential thrombocythemia (ET), according to a study published in Blood.

ET is a blood malignancy that falls under the larger umbrella of myeloproliferative neoplasms (MPN) and is characterized by an increased risk of thrombosis and hemorrhage. Low-dose aspirin plus hydroxycarbamide (HC) is the first-line therapy, but nearly one-fifth of patients develop resistance or intolerance to HC and are at increased risk of disease transformation and poorer outcomes.

After 1 year of treatment, there were no observable improvements in complete response reported in 27 patients in the ruxolitinib arm compared with 23 patients in the BAT arm (P =.40).

After 2 years of treatment, no significant difference in rates of thrombosis, hemorrhage, or transformations were seen between the 2 study groups. Researchers note, however, that there were some improvements in disease-related symptoms in the ruxolitinib arm.

Two complete molecular responses (CMR) were reported and 1 partial molecular response was reported in CALR-positive patients treated with ruxolitinib. One patient who achieved CMR experienced disease transformation to myelofibrosis, leading researchers to question if CMR has relevance in ET patients.

The most frequently reported grade 3 to 4 adverse events were anemia and thrombocytopenia.

Evidence from the study showed that ruxolitinib is not superior to current second-line BATs, and the researchers concluded, “there was no difference in this study for control of blood counts or other relevant end points, such as transformation, thrombosis, or hemorrhage.” 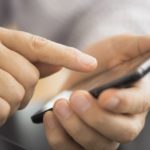