The combination of ruxolitinib plus decitabine was associated with a median overall survival (OS) of more than 9 months in patients with myeloproliferative neoplasm (MPN) characterized as being in accelerated or blast phase, according to findings from a phase 2 study published in Blood Advances.

The Philadelphia chromosome-negative MPNs, including polycythemia vera, essential thrombocythemia, and myelofibrosis, are chronic conditions associated with clonal proliferation of differentiated hematopoietic cells. However, MPNs can evolve into accelerated (MPN-AP) or blast phase (MPN-BP) disease characterized by 10% to 19% blasts and at least 20% blasts, respectively, in the peripheral blood/bone marrow. Patients with these aggressive forms of MPN have a poor prognosis, with overall survival (OS) estimated at 3 to 5 months for those with MPN-BP. Hence, new treatments are urgently needed for these patients.

In this single-arm, open-label trial (ClinicalTrials.gov Identifier: NCT02076191), adult patients with MPN-AP/BP were treated with ruxolitinib, a selective JAK1/JAK2 inhibitor, as induction therapy followed by the combination of ruxolitinib with the hypomethylating agent, decitabine. The primary study endpoint was best response by 6 months, with secondary study endpoints including OS and safety.

Of the 25 patients enrolled in the study, 40% and 60% were classified as having MPN-AP and MPN-BP, respectively, and the median patient age was 71 years. Gene sequencing analyses performed at baseline revealed that 58% of patients had disease characterized by a JAK2V617F mutation. Other mutations were also commonly found in TP53, TET2, SRSF2, EZH2, and ASXL1.

No patients achieved a complete remission (CR); however, a CR with incomplete platelet recovery (CRi) and a partial remission (PR) were observed in 8.1% and 36% of patients, respectively, for an overall response rate of 44%. Spleen size was reduced by a median of 70.5% in those patients with a palpable spleen at baseline.

Median OS for all patients was 9.5 months. Of note, however, median OS was similar for those with (9.5 months) or without a response (9.7 months). In addition, no correlation between response and/or OS and either the blast count in peripheral blood at baseline or clinical characteristics was observed.

Regarding safety, the most common hematologic treatment-emergent adverse events (TEAEs) were neutropenia (16%), anemia (16%), and thrombocytopenia (8%), and the nonhematologic TEAEs with the highest reported frequencies were febrile neutropenia (28%), pneumonia (24%), and bone pain (8%).

“The combination of ruxolitinib and decitabine in MPN-AP/BP is a viable low-intensity, ambulatory regimen that reduces spleen size with a median OS that is particularly encouraging given multiple historical reports,” the study investigators stated in their concluding remarks.

They further commented, “outside of clinical trial options, this therapeutic approach should be considered in those patients with leukemic evolution of chronic MPN and may serve as a potential treatment bridge to [hematopoietic stem cell transplantation] in a subset of patients, which remains the only curative option.”

Disclosures: Multiple authors declared affiliation with industry. Please refer to the original article for a full list of disclosures. 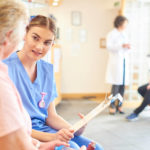 Assessment and Management of Patients with Polycythemia Vera