Low-dose methotrexate may improve the hematologic and constitutional symptoms of myeloproliferative neoplasms (MPNs), according to results from a study published recently in the British Journal of Haematology.

Results from this retrospective service evaluation of patients with MPNs treated with low-dose methotrexate for comorbidities not related to MPN showed in 3 case studies that patients experienced hematologic changes following the initiation and/or interruption of methotrexate.

The third case study patient had long-term psoriasis when ET was diagnosed. When the psoriasis flared, this patient received low-dose methotrexate. During treatment with methotrexate, the patient’s platelet count continued to rise, but at a slower rate.

The researchers caution that the number of patients in this study is small and interpretation of results are therefore limited; however, they did not detect any toxicities for low-dose methotrexate in patients with MPNs.

In conclusion, the authors suggest that prospective studies assessing methotrexate for controlling the constitutional symptoms of MPNs are warranted. 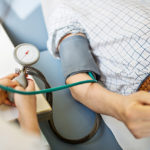 Prevalence of Hypertension Higher With Myeloproliferative Neoplasms Than in General Population