Myeloproliferative neoplasms (MPNs) are a form of blood cancer in which the bone marrow produces a dangerous amount of red blood cells, white blood cells, or platelets depending on the type of MPN.¹ These cancers are rare, and often it is unclear what causes them. As a result, it may be difficult to determine what increases risk and symptom burden.

Recently, a number of studies have sought to determine if there is any association between lifestyle factors and MPNs. What were the findings of these studies?

Smoking and tobacco use are a major risk factor in a number of cancers, but does it increase MPN risk? A 2020 study published in the International Journal of Cancer examined lifestyle factors including smoking, and whether it was suggested in the NIH-AARP Diet and Health Study that they could increase the risk of developing myeloproliferative neoplasms.²

The researchers did not find an overall association between smoking and MPN risk; however, upon stratification for sex they suggested that smoking may cause more of a risk for MPNs overall in women (both current and former smokers).

A study published in BMC Cancer in 2021 found that tobacco use could increase both the prevalence and severity of symptom burden in patients with MPNs.³ Current and former smokers in the study had a higher severity of several MPN symptoms, including:

Similar patterns were found when looking into specific subtypes of MPNs, such as essential thrombocythemia (ET) and polycythemia vera (PV).

Can obesity, both in childhood and adulthood, play a role in MPN risk? While the researchers of the International Journal of Cancer study did not find a strong correlation in their research, they do note that there have been reports suggesting a link between a higher body mass index (BMI) and increased risk of ET.² They also suggest that higher levels of physical activity decrease ET risk.

While there is not extensive research on the topic, it has been suggested that caffeine may have a surprisingly inverse relationship to MPN risk. The International Journal of Cancer study examined how caffeine intake affects MPNs; the researchers found that a higher caffeine intake correlated with a decreased risk of PV.² They found that those who regularly consumed caffeinated coffee had a lower risk of PV than those who drank decaffeinated coffee. They concluded that further studies are needed to examine the effects of caffeine on MPN risk. 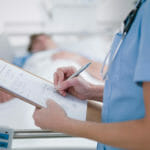 Bleeding Risks in Patients With MPNs Increased With Anticoagulant Use, Antiplatelet Therapy