Men with chronic myeloproliferative neoplasms (MPNs) are more likely than women to have disease characterized by high-risk, non-MPN-related somatic mutations, according to findings of a study published in Blood Advances.

Although sex has been independently associated with prognosis in patients with chronic Philadelphia chromosome-negative MPNs, including polycythemia vera (PV), essential thrombocythemia (ET), and primary myelofibrosis (PMF), with men having worse clinical outcomes compared with women, factors underlying this relationship are not well understood.

This prospective, observational cohort study included 815 patients with MPN who were referred to the Johns Hopkins Center for chronic MPNs between May 2005 and September 2019. The median time from initial diagnosis was 5 years with a median follow-up of 8 years.

The study authors commented that this result “suggests that disease progression is more dependent on JAK2 mutation VAF in women, likely due to the fact that women with the JAK2 mutation commonly present with ET and PV, phenotypes in which increases in allele burden are associated with phenotype evolution.

“On the contrary and consistent with our results that disease progression and survival seem to be less dependent on the JAK2 mutation in men, men in the general population with a JAK2 V617F mutation have a higher risk of hematologic malignancies, cancer, and worse survival compared with women.”

Furthermore, in the cohort of 227 patients with MPN characterized by next-generation sequencing, men were found to have a significantly higher somatic mutational burden with respect to high-risk, non-MPN-related genes, excluding JAK2, CALR, and MPL, such as KRAS, NRAS, EZH2, CBL, ASXL1, EZH2, SRSF2, and U2AF1, when compared with women (P =.012), and this finding was independent of age, specific type of MPN, and the presence of MPN-related mutations.

“Deeper understanding of the underlying mechanisms, and particularly further study of the hypothesis that these [sex] differences are mediated by higher-risk mutational burden, is warranted,” concluded the study authors. 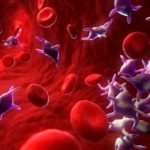